This classic Rosemary Focaccia recipe comes from Amy's Bread in NYC. It's perfectly spongy on the inside, and crispy and olive oily on the outside, just like good focaccia should be.

I was a bit intimidated at first with making a starter and creating steam in my oven to bake bread, two things I'd never done before. The starter was a piece of cake to put together. My two-year-old nephew could have mixed it up just fine. The steam issue also worked out just fine with a water spritzer. The rosemary focaccia was AMAZING.

The best bread of any kind, I think, I've baked both in and out of culinary school. Even though it was sticky and messy and took forever, it was not difficult to make. A bit challenging keeping the board on the table (thanks, mom), but otherwise the hardest part was just waiting during each rest period.

My rosemary focaccia baked up perfectly, had a delightful slightly-salted and rosemary-infused crust on top, with beautiful open holes, and a lovely chewy texture that I can't even begin to describe.

It definitely had a complex flavor and I'm so glad I got to use a starter and fully experience that additional flavor and character that it gave my bread. In the end, after making my starter the night before, taking it out of the fridge super early in the morning, and then working on my rosemary focaccia for over 6 hours before I could finally eat it, would I make it again? Absolutely! 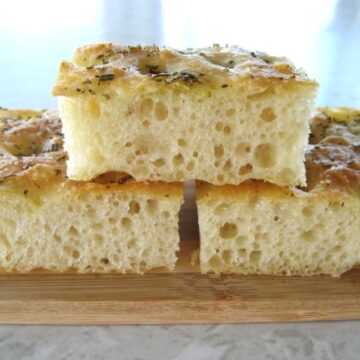 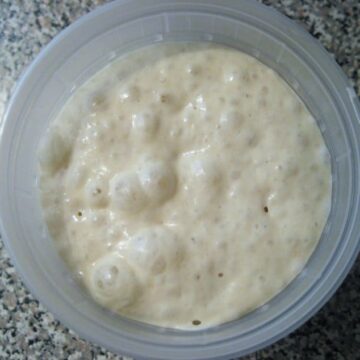 From Amy’s Bread: Revised and Updated