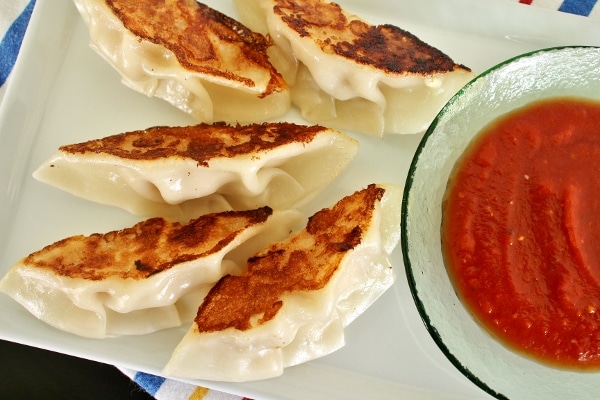 I’m a dumpling fanatic! Whether they’re traditional or quirky, I love a plump and juicy dumpling with a crispy base. It’s fun coming up with new ideas for fillings, and I recently imagined converting chicken Parmesan into a little morsel packed with flavor. 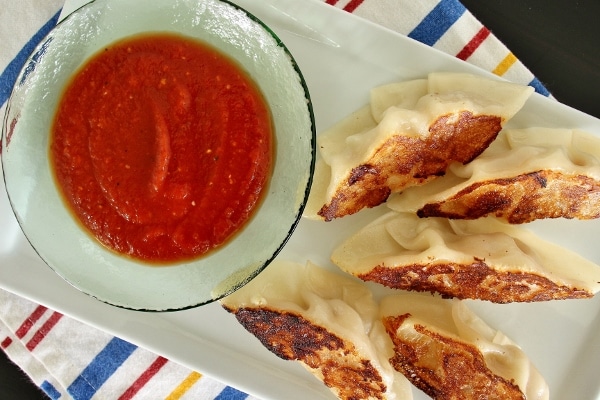 Store-bought dumpling wrappers are a huge time saver, but you can easily make homemade wrappers if you prefer. The filling is a combination of ground chicken (although ground turkey works fine as well), chicken broth to loosen things up and make for a more juicy filling, grated Parmesan cheese, and a little nugget of fresh mozzarella. 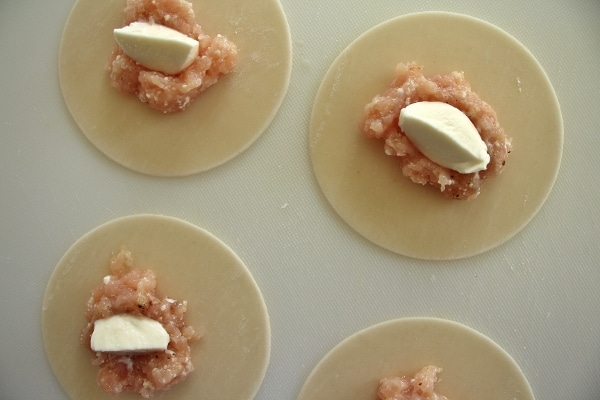 Serve these crispy dumplings with your favorite marinara sauce, heated until bubbly. When combined, the flavor truly screams of chicken Parmesan! You’ve traded in the breaded exterior for a dumpling wrapper, but everything else is nearly an even switch. 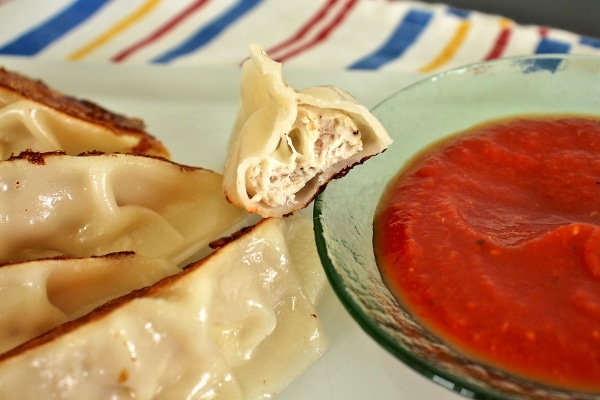 This was a really fun and delicious experiment! It’s also easy to make these dumplings ahead and freeze them, so you can whip them up any time to satisfy your chicken Parmesan craving. Yum!

In a medium mixing bowl combine the ground chicken, chicken broth, Parmesan cheese, salt, and pepper. Mix thoroughly until the broth gets absorbed into the chicken, and everything is evenly combined.

Take out four wrappers and cover the rest with a damp dowel. Lay out the four wrappers like ducks in a row. Wet 1/2 inch of the rim of each wrapper. Scoop a heaping teaspoon of filling into the center of each wrapper, and top with a piece of mozzarella. Fold the wrapper in half like a taco and pinch the edges at the top center. Continue folding the dumpling using your preferred folding method.

At this point, the dumplings can either be cooked immediately, covered and refrigerated for up to a couple hours, or frozen.

Holding the lid close to the skillet to lessen splatter, use a measuring cup to add water to a depth of roughly 1/4 inch (about 1/3 cup water). The water will immediately sputter and boil vigorously, Cover with a lid or aluminum foil, lower the heat to medium, and let the water bubble away for 8 to 10 minutes, until it is mostly gone. When you hear sizzling noises, remove the lid as most of the water is now gone. Let the dumplings fry for another 1 or 2 minutes, or until the bottoms are brown and crisp. Turn off the heat and wait until the sizzling stops before using a spatula to transfer dumplings to a serving plate. Display them with their bottoms facing up so they remain crisp. Serve with hot marinara sauce for dipping. 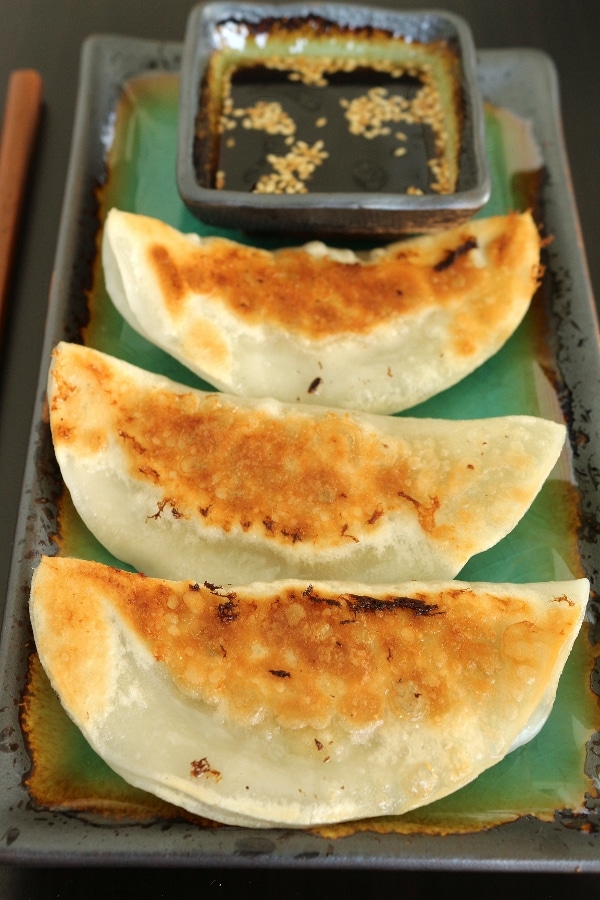