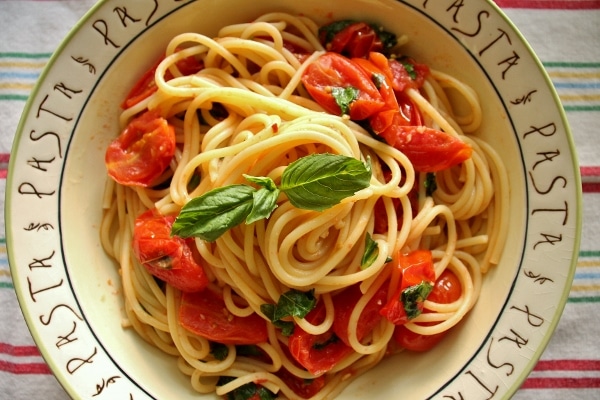 Spaghetti Sciuè Sciuè literally translates to Spaghetti Hurry Hurry, and it’s pretty much the ultimate summer weeknight pasta dish. The sauce cooks in the same time it takes to boil the pasta, and the flavors are bursting with the essence of summer days, from the juicy cherry or grape tomatoes to the fragrant basil. 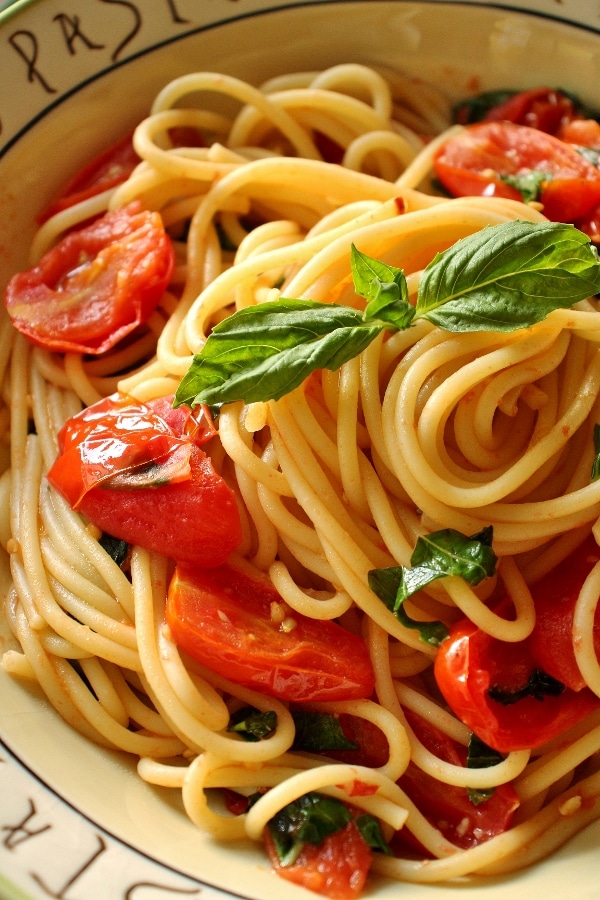 The inspiration to make this dish actually began beneath the Eiffel Tower in Paris back in May when my mother ordered it at a charming Italian restaurant. It was really the simplest dish imaginable, and yet it blew away everything else we tried on the menu (and everything was delicious!). 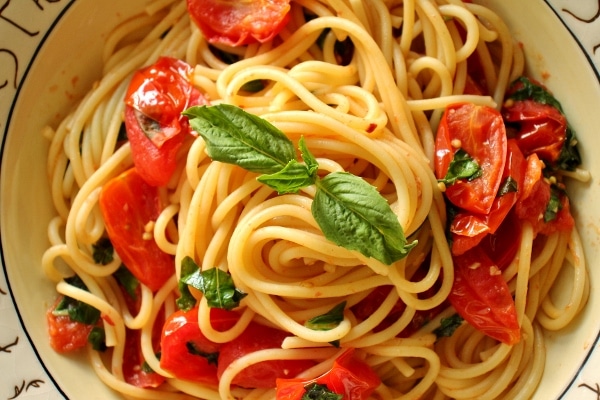 Ever since then I’ve been waiting for tomato season to kick into high gear so I can make it myself. The local cherry tomatoes aren’t quite ready, but I definitely plan to make this dish again later this summer when they are. The sauce is also very basil forward, but you can scale back on the herb if you want the tomatoes to shine more on their own. 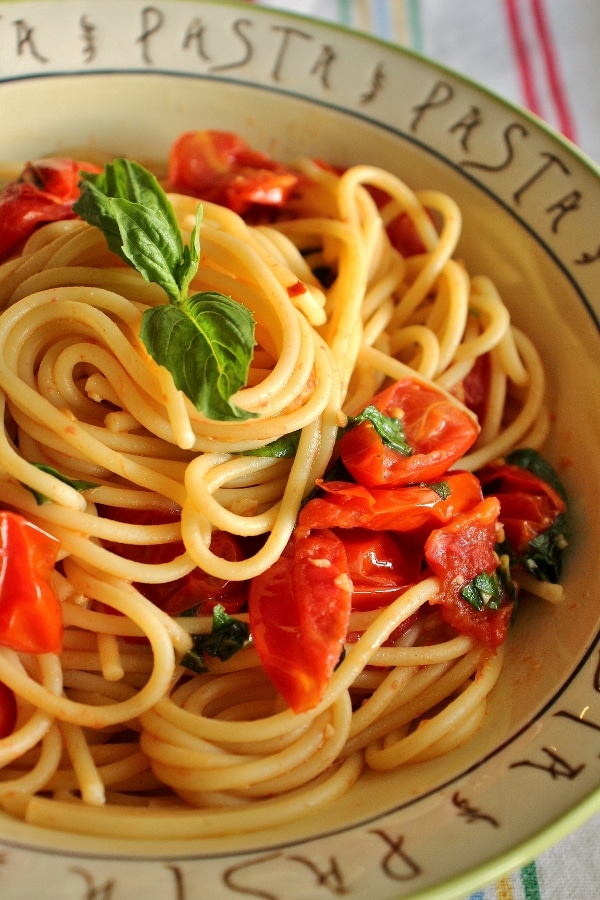 Cook the pasta until al dente in boiling salted water.

Meanwhile in a large, deep skillet heat the olive oil over medium heat and add the garlic and chili flakes. Cook for a couple minutes until very fragrant, but be careful not to overcook, as the garlic can burn. Add the tomatoes and a generous sprinkle of salt, stir and cover, mixing occasionally until the tomatoes have softened and released their juices but are still relatively intact, about 10 minutes. Uncover during the last couple minutes to thicken slightly. If any of the tomato skins slip off, feel free to remove them! It will make eating the dish even more enjoyable. Stir in the basil chiffonade.

Strain the pasta and add it to the tomato mixture. Toss gently until thoroughly mixed, and serve immediately topping with a basil sprig per serving for garnish.