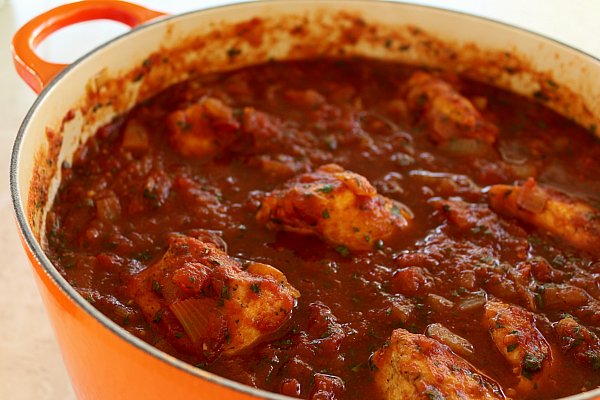 Last fall, I traveled to Armenia for the second time in my life. It’s one of my favorite places in the world, and not only because of my heritage. It’s truly one of the most breathtakingly beautiful, and incredibly cultured places I’ve had the privilege of visiting, and I have traveled quite a bit. 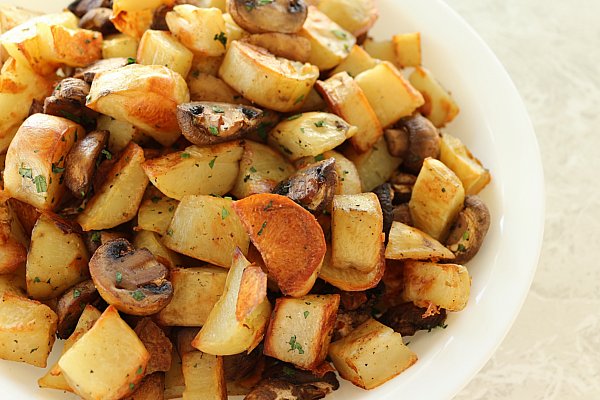 During my trip, I dined on lots of fabulous food from all ends of the country. One of my favorite meals was at Tavern Yerevan. In fact, it was so wonderful that we dined there twice during our visit! Two of my favorite discoveries included a Georgian dish called Chakhokhnili, which is a braised dish with a spicy tomato base and LOTS of sliced onions and cilantro, and a side dish consisting of fried cubes of potatoes and mushrooms tossed together with dill (which is my least favorite herb, but tolerable in this case).

The Chakhokhnili we enjoyed was made with rabbit segments, although the chicken variety was offered on the menu as well. I was totally head over heels for this dish. I knew that I would have to recreate it at some point down the line. A family friend of ours makes it often, and shared her simple method of prep. Meanwhile I looked at several recipes online and discovered truly how straight-forward this dish would be to make! 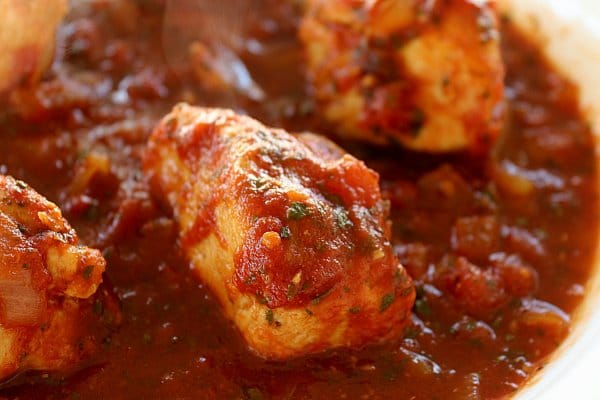 Some recipes required several herbs to be added at the end, including cilantro, parsley, dill, and tarragon, and although perhaps this is most authentic, the version I enjoyed in Armenia only featured cilantro, which is a common herb in Georgian cuisine. I decided to stick with what I had experienced myself. Only cilantro it would be. 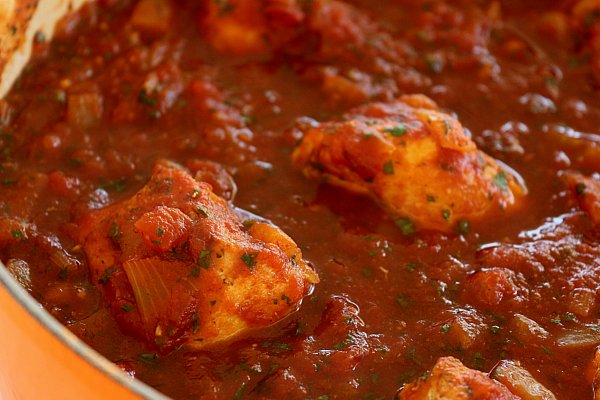 You can easily use chicken pieces on the bone, or boneless chicken thighs if you like, but I wanted to try and keep it healthy and so I went with boneless, skinless chicken breasts. They were fairly large, and so I cut them into smaller pieces (but not too small; this isn’t a stew).

I also used some Adjika, a spicy paste from Georgia made with hot chiles, seasonings, and sometimes nuts. If you can’t find it, you can leave it out, but it does add some depth of flavor. For the main spicy element, I went with crushed Aleppo chili peppers, which also come from the same general region. They are becoming more common in the States, but if you can’t find them just use regular crushed chili flakes. 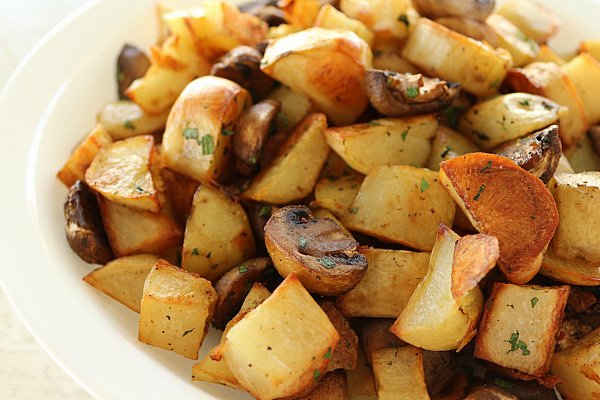 I also recreated the fried potato and mushroom dish that we also enjoyed at Tavern Yerevan, but decided to roast the ingredients to lighten it up a bit. The result was not quite and naughtily delicious as the original, but it was still pretty great. It was also super easy to make, and definitely a nice twist on traditional roasted potatoes. I will keep this in mind as a side dish for other dishes in the future! 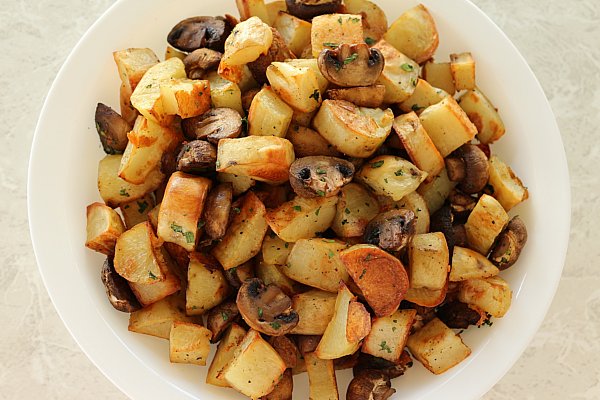 Chakhokhbili (Georgian Braised Chicken with Onions)
Serves about 4 to 6

Heat half the oil in a Dutch oven over medium-high heat. Season the chicken pieces with salt and pepper and add them in batches to the pan, browning them all over. Remove from the pan and set aside.

Add the garlic, tomato paste, Ajika, and Aleppo pepper. Stir well and then add the crushed tomatoes. Raise the heat until the mixture comes to a simmer. Season to taste with salt. Add the chicken back into the pan, lower the heat so it maintains a simmer, and cover the pan. Continue to simmer until the chicken is cooked through, about 10 to 15 minutes depending on their size.

Right before serving, stir in the chopped cilantro. Serve with white rice or potatoes.

Roasted Potatoes and Mushrooms
Serves 4 to 6

Preheat the oven to 400 degrees F.

Add the potatoes and mushrooms to two separate sheet pans and toss each with 1 tablespoon of olive oil and season with salt and pepper.

Place the pan of potatoes into the oven and roast for 30 minutes, stirring about halfway through. Then add the mushrooms to the oven (now there will be 2 sheet pans in the oven) and continue to roast for another 25 minutes (making the total cooking time for the potatoes 55 minutes).

Remove the pans from the oven and combine the mushrooms and potatoes. Toss them with the chopped cilantro and serve immediately while still hot.

This Soup Will Change Your Life