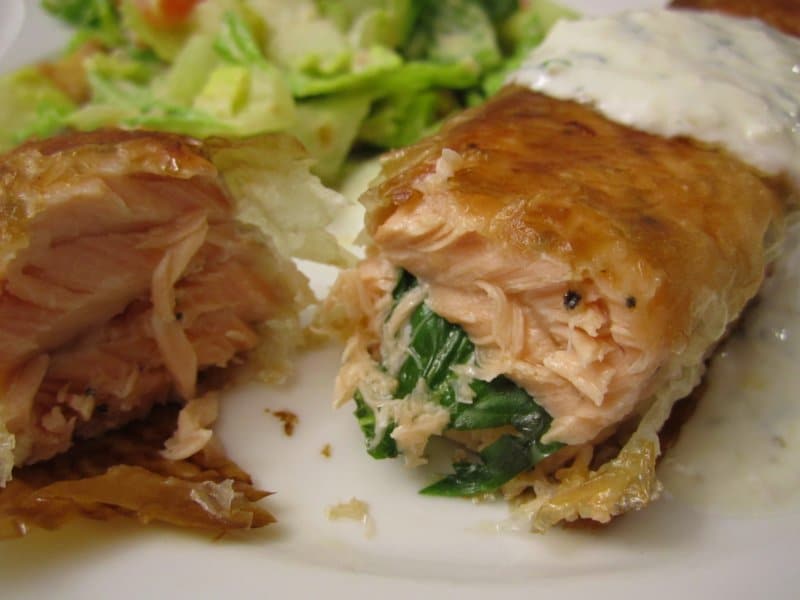 Eric Ripert is a silver fox if there ever was one.  His French accent is dreamy, and he is easily one of the best chefs in the world.  His food makes me swoon and wish I had more money so I could eat it regularly.  Eric Ripert is (or should be) every food-lover’s inspiration.  He is not only a tremendous talent in the kitchen, truly respecting every ingredient he uses, but he is also a philanthropist, and from what I can tell, a pretty awesome guy.  His forte is seafood, but he creates beautiful dishes utilizing all kinds of ingredients, not just those from the sea.  His newest cookbook, Avec Eric

, is a companion to his PBS television series of the same name.  In it, Eric travels the globe seeking out inspiration to take back to his kitchen.  He learns about everything from olive oil and honey production to oyster farming.  Each chapter delves into one of these adventures, sharing stories and photographs, and then finally an array of recipes inspired by the lessons he learned at each port of call. 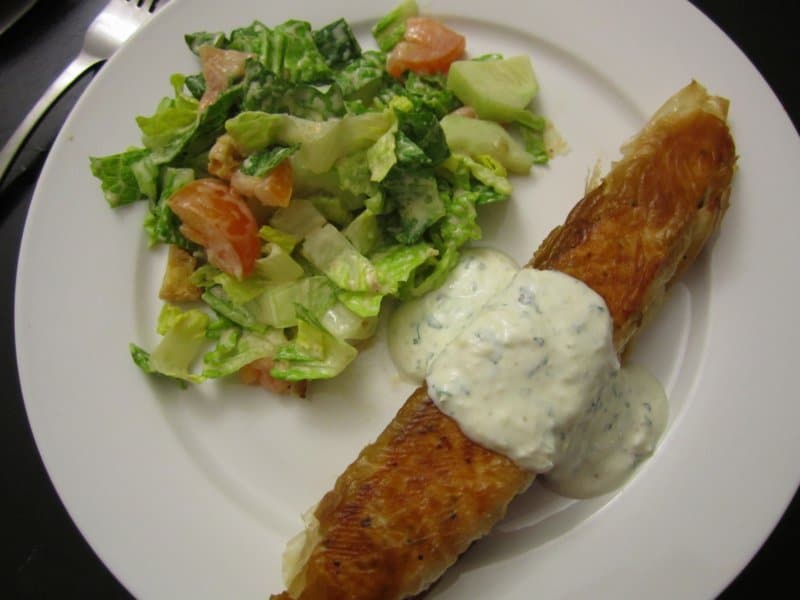 The recipe I decided to share is from the chapter entitled Farming the Sea.  The thing I really love about the recipes in this book as opposed to some of his other books, including On the Line

(which I own), is that these are really designed for home cooks to be able to prepare easily.  A lot less fuss, but with mouthwatering results.  This salmon is very simple to put together, just a handful or two of ingredients and you have a lovely and impressive meal.  Dealing with the phyllo dough is the only challenging part, because as any of you who have worked with it before know, it can be a bit temperamental, crack, rip, etc.  I was also a bit skeptical/concerned about pan-frying these bundles, as I’ve only thought to bake phyllo-encrusted creations in the past, but it actually worked just fine and had a nice golden crust filled with perfectly cooked salmon (I didn’t use Eric’s technique using a metal skewer to test for doneness, but just used my eyes and instincts instead, and they turned out perfect).

The idea of sandwiching basil leaves between two smaller/thinner fillets of salmon is a great way to add color, flavor, and a great surprise when diners cut their phyllo-wrapped salmon.  The sauce was very easy to make, and in general a perfect compliment to seafood.  It contains lemon and horseradish, but instead of binding it with tomato like in a cocktail sauce, this one uses sour cream instead, yielding a bright, creamy sauce with a bit of a kick.  It originally used chives, but I replaced that with more basil to tie in the basil from inside the packets (and spare me from having to purchase another herb at the supermarket), but you can use either.  I would easily make the sauce again to serve with other fish dishes as well.  I also think it would compliment roast beef nicely. 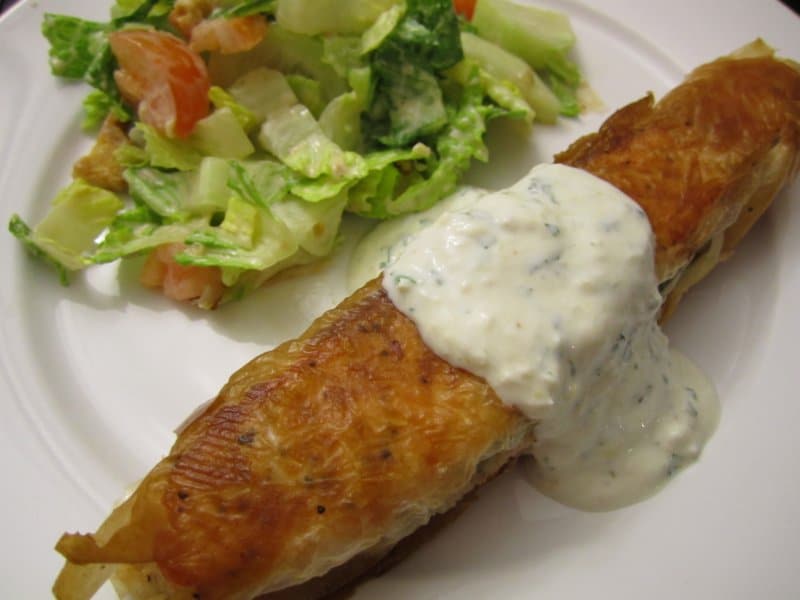 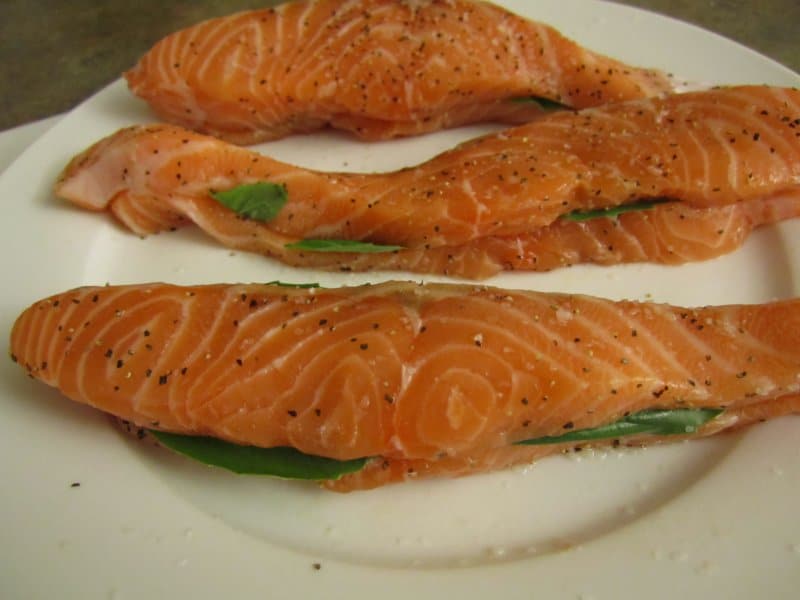 Make the sauce by stirring the sour cream, horseradish, lemon zest and juice in a bowl to blend. Season the horseradish cream to taste with salt and pepper and stir in the basil or chives.

Divide the oil between 2 nonstick sauté pans and heat the oil over medium heat (or alternatively heat the oil in 1 very large nonstick sauté pan that can accommodate all the salmon pieces comfortably, or cook them in batches). Add 2 phyllo-wrapped salmon fillets to each pan and cook for about 3 to 4 minutes on each side, or until the phyllo is golden brown and a metal skewer can be easily inserted into the salmon. When the skewer is left in the salmon for 5 seconds it will feel just warm when touched to the lip. Serve the salmon fillets with the horseradish cream.