September 14, 2016 (Last Updated: April 25, 2020)
This post may contain affiliate links, which means that I may receive a commission if you make a purchase using these links. As an Amazon Associate I earn from qualifying purchases.
0shares
Jump to Recipe Print Recipe

Have you ever heard of a soup swap? It’s like a cookie swap, but with soup! I discovered this fantastic concept when reviewing a newly released cookbook entitled Soup Swap by Kathy Gunst. I was asked to participate in a Soup Swap Blog Party along with a group of other bloggers.

We are virtually swapping soups through our blogs, but an actual soup swap would consist of a group of friends bringing pots of soup to a host’s home, sampling all of the soups, and then taking home leftovers of each in containers supplied by themselves. I think this is such a great idea, because as much as I love soup, after a few days of the same soup, I’m ready for something different. This enables you to eat soup all week long, but with a much greater variety!

Even if you do not host soup swaps with your friends, the Soup Swap cookbook contains tons of wonderful soup recipes to make your own soup adventures much more interesting throughout the year. Although fall and winter are most traditional times of year for soup making and eating, there are some great spring and summer soup recipes supplied as well.

To help us bloggers get started, we received some additional goodies in the mail to heighten our soup-making experience. First, you must have sharp knives for slicing and dicing all of those soup ingredients (especially some of those tougher root vegetables and squashes during the winter). The wonderful folks at Chef’s Choice supplied us with a top rated knife sharpener. The Chef’sChoice® ProntoPro™ Diamond Hone® Knife Sharpener is a 3-stage manual sharpener can sharpen nearly any kind of knife, whether it is European, Asian, or even serrated.

We also received a couple of items from a company that makes my favorite ice cream scoops! Zerroll provided all the bloggers with a Stainless Steel Ladle and a Stainless Steel Slotted Serving Spoon. Both items feature comfortable grip handles in fun, bright colors (my ladle is Lemon Yellow, while the spoon is Blue Berry), with durable stainless steel bodies. If you were going to an actual soup swap, having unique and brightly colored serving ware will make sure you and your friends don’t mix up which belong to whom.

So we’ve got the cookbook, freshly sharpened knives, and the perfect tools for stirring and serving our soup. Selecting a single recipe to try is the true challenge here, as there are countless options that are intriguing. I wanted to make a soup that is seasonally appropriate for late summer/early fall and is also something I can make with local ingredients at their prime.

Enter the Maine Lobster, Leek, and Corn Chowder. Not only do I have access to sourcing exquisite locally grown sweet corn from a nearby farm (Confreda Farms in Cranston, RI), but I can purchase fantastic quality lobsters as well since I live in New England (Rhode Island if we’re going to be specific). Eighty percent of New England’s lobsters are harvested between July and October, and that just happens to coincide with corn season, so this soup is kind of the most perfect thing you could make right around now.

My biggest challenge with this recipe was sourcing some fish bones (frames) from white fish to make the fish stock. I contacted nearly every local supermarket and seafood market, and the best anyone could do was give me salmon bones, which are too fishy and oily to make a light fish stock. So I went back to the drawing board and found a very highly rated concentrated stock from More Than Gourmet (like a bouillon base) that contains essentially the same ingredients I would have used in my homemade stock, minus a few aromatics. No preservatives, no artificial ingredients, just the following: Fish Stock, White Wine, Dried Fish Stock, Fish Gelatin, Salt, Mirepoix Stock (Made of Carrot, Celery and Onion Stocks).

I halved the chowder recipe, so I needed 4 cups of fish stock. To 4 cups simmering water, I added the entire 1.5 ounce container of More Than Gourmet Classic Fish Stock base and it had a less watered down flavor than most commercial fish stocks. It really did the job well, and I would plan on doing this in the future after my frustrating experience sourcing fish bones.

With that said, the rest of the recipe is easy as can be! I actually prepped all of my ingredients, simmered the stock, and chopped all of the vegetables before heading to my local supermarket to purchase a lobster (I only needed one since I halved the recipe). The most time consuming part was cleaning the lobster after it was cooked.

I placed the cooked lobster on a rimmed plastic cafeteria tray (I use these a lot for prep work, and they are available at Restaurant Depot) to catch all of the lobster juices. Instead of simply cutting the lobster legs in half, I halved and then removed the small bits of meat within, so there wouldn’t be any shell to have to worry about in the finished chowder. I also found that using good quality kitchen shears to cut apart the shell of the lobster was the easiest way to proceed.

After a bit of sauteing and simmering, we were ready to chow down! I swear, all of the components in this chowder remind me of a traditional clam bake, minus the clams of course. You’ve got your decadent lobster, tender potatoes and crunchy sweet corn all in a flavorful creamy broth enhanced further with some melted leeks and freshly snipped chives.

This is truly one of the best chowders I’ve ever had, and I’ve had a lot living in New England. The balance of ingredients is exceptional, and the broth itself is quite light compared to some thicker, creamier white chowders. I can’t say enough about how much I loved it! This is a recipe I will certainly be making again.

I hope I’ve inspired you all to get cooking. Click on the image below to check out more of the offerings from our virtual Soup Swap Party, and don’t forget to grab a copy of Soup Swap. Thanks again to Zerroll and Chef’s Choice for the awesome kitchen utensils and knife sharpener. They are an asset to my kitchen!

*Disclaimer* I received no compensation to write this review other than a free copy of the book, a knife sharpener, ladle, and slotted spoon. My opinions are always my own. 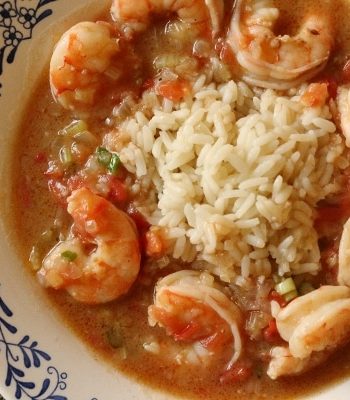