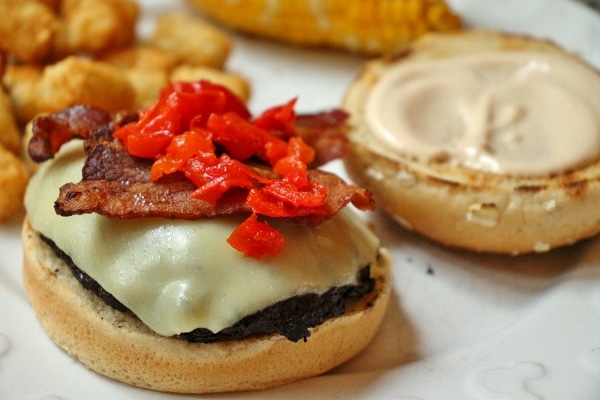 I have been mildly obsessed with Shake Shack for over a decade. I fell in love with it in New York City, and have enjoyed their delicious food in several other states as the burger chain has expanded (it’s actually international now!). When they released a cookbook a couple years ago I knew I had to have it. It’s full of mostly stories, but many recipes as well, some of which are considered “close enough” to the original. They can’t spill all their secrets, of course. 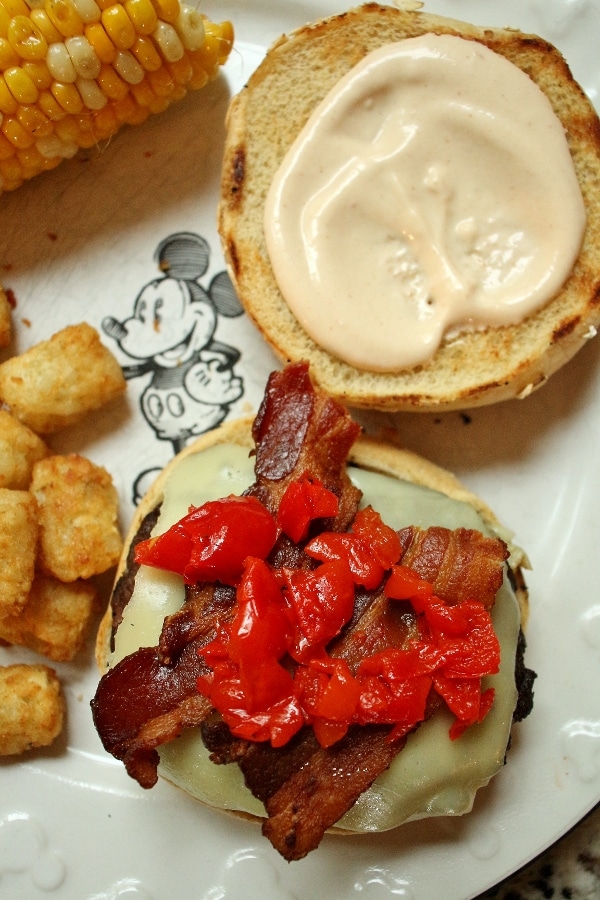 The SmokeShack is one of my favorite Shake Shack burgers, and it’s easy to recreate. I don’t follow all the directions to a T, although the original recipe is below in case you prefer to griddle your burger and buns. My burger patties are grilled the old fashioned way, seasoned with a bit more than just salt and pepper (garlic and onion powders add a bit more flavor), and my lightly grilled buns are not potato buns, although I do love a good potato bun! 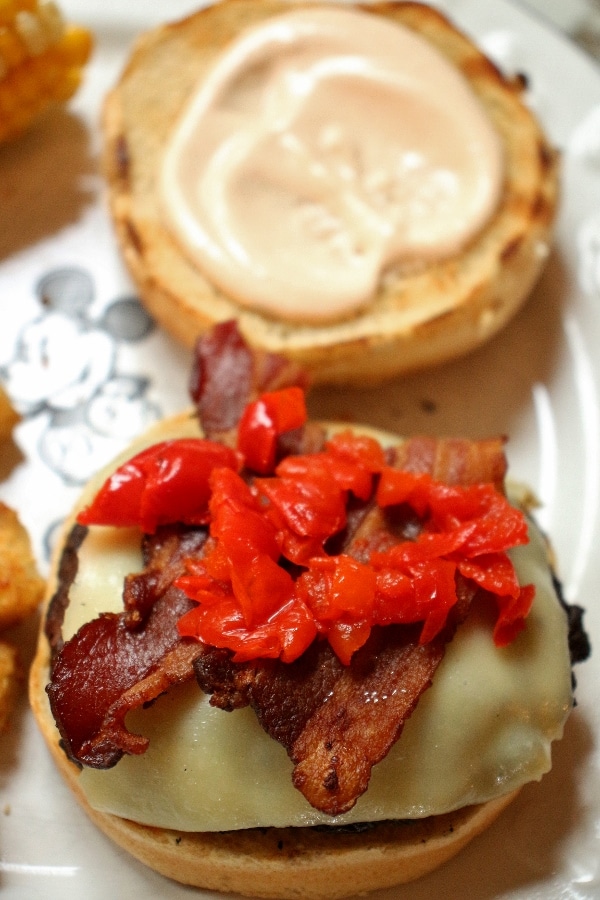 Regardless to how closely you stick to the original method of prep, this burger is fantastic! The crispy bacon, spicy cherry peppers, gooey cheese, and look-alike ShackSauce really come together to make one hell of a burger, and just in time for your Fourth of July festivities. You’re so welcome!

Heat a cast-iron griddle over medium-low heat until warm. Meanwhile, open the hamburger buns and brush the insides with the melted butter. Place the buns buttered side down on the griddle and toast until golden brown, 2 to 3 minutes. Transfer the buns to a plate.

Increase the heat to medium and heat the griddle until hot, 2 to 3 minutes. Evenly season each puck of meat with salt and pepper. Place the pucks on the griddle, seasoned side down. Using a large, sturdy metal spatula, firmly smash each puck into a 1/3-inch-thick round patty. Pressing down the spatula with another stiff spatula helps flatten the burger quickly. Evenly sprinkle the top with more salt and pepper.

Cook the burgers, resisting the urge to move them, until the edges beneath are brown and crisp, and juices on the surface are bubbling hot, about 2 1/2 minutes. Slide one of the spatulas beneath the burger to release it from the griddle and scrape up the caramelized browned crust. Use the other spatula to steady the burger and keep it from sliding. Flip the burgers. Put the cheese on top and cook the burgers 1 minute longer for medium. Cook more or less depending on your preference.

Transfer the burgers to the buns. Spoon the sauce onto the top bun. Add bacon and diced cherry peppers and serve.

Put all the ingredients in a small mixing bowl and stir until well combined. Sauce will keep, covered, in the refrigerator for up to one week.