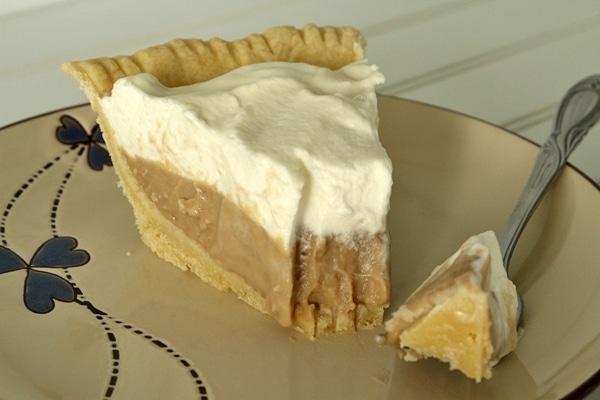 I have an incredible love and appreciation for tea. Ever since I was a child I have enjoyed tea parties, from the beautiful porcelain china to the delicate and varied fragrant teas served within, from the flaky, buttery scones to the myriad of crustless sandwiches. Tea is more than just tea, it’s an experience, or at least it can be if you’re willing to put in a little extra effort. 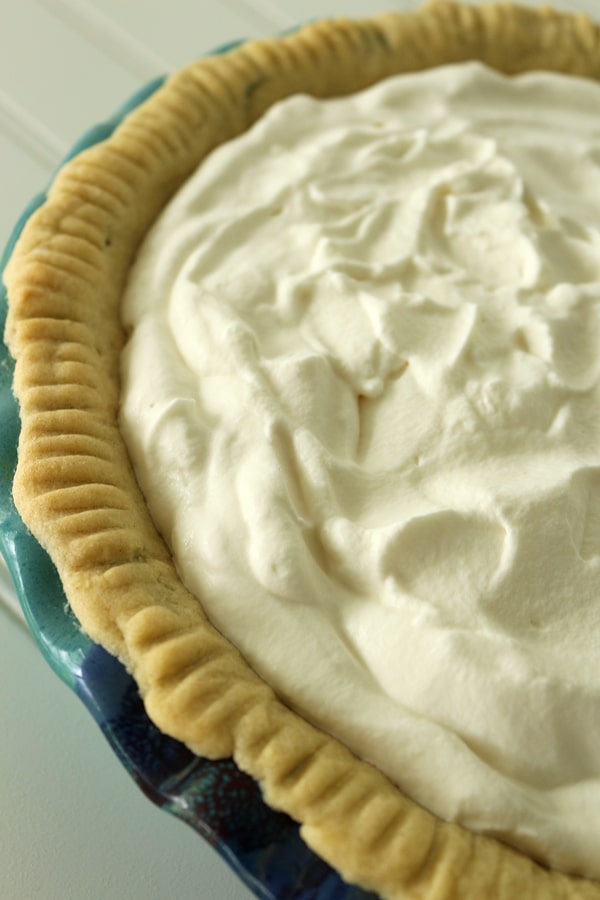 In the past I have really enjoyed using tea as an ingredient in certain dishes, such as Tea Souffles. I’m equally pie-obsessed as I am tea-obsessed, so I jumped at the opportunity to recently whip up a pie inspired by Earl Grey tea served with sugar cookies, a perfect pairing. 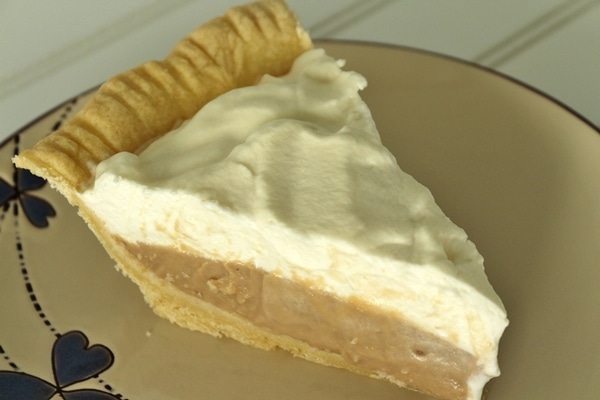 Instead of starting out with a traditional flaky crust, this pie transforms the cookies themselves into the crust. I attempted to roll out the cookie dough instead of pressing it into the pie dish, but the dough was too soft, even after chilling, and it just fell apart. You can try your luck at rolling it out if you prefer, but I ended up just pressing the dough into the dish by hand. Also, beware of the baking times for the dough. 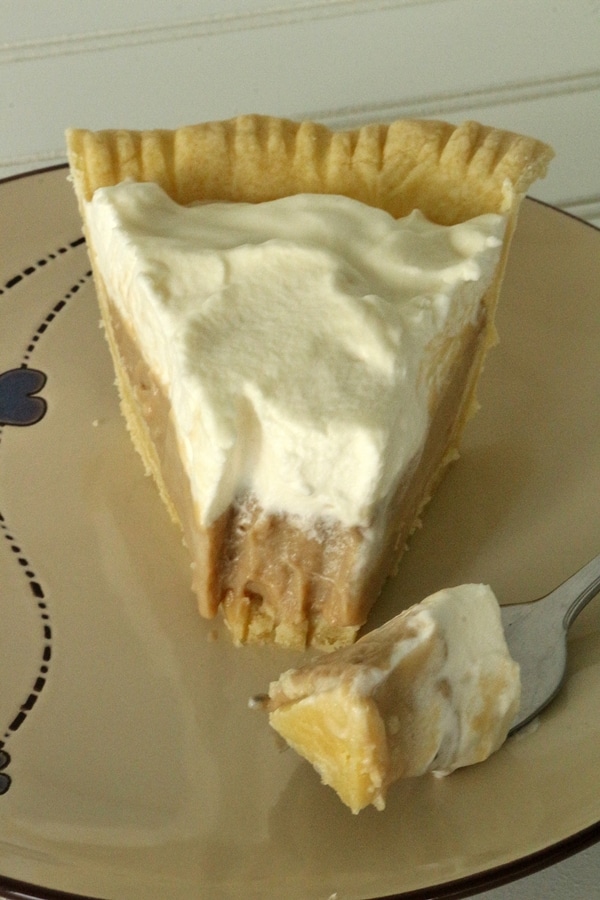 I often find that pie recipes don’t call for enough baking time, and in my experience I always need to add more time. Your oven may differ, but I ended up baking my crust 15 minutes longer than the total amount the recipe suggests. The crust was baked through, but not dried out. A cookie crust will not brown as much as a regular pie crust, so be careful not to overbake. Cookies always firm up as they cool, even if they seem a bit soft when pulled from the oven. 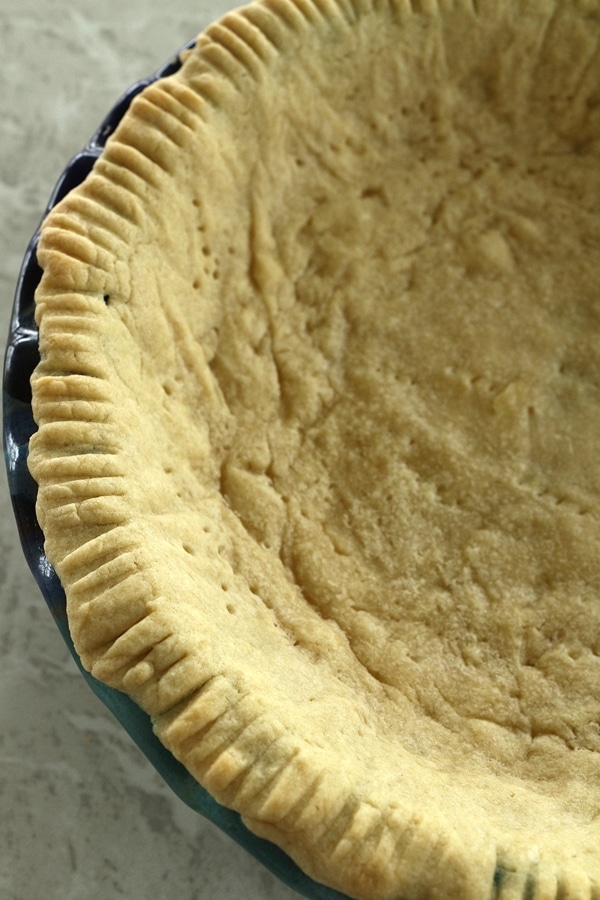 The filling for this pie is the simple result of steeping Earl Grey tea in hot milk, and then using that milk to make a pastry cream. After the filling sets, the final touch is a cloud of lightly sweetened whipped cream piled high over the top. 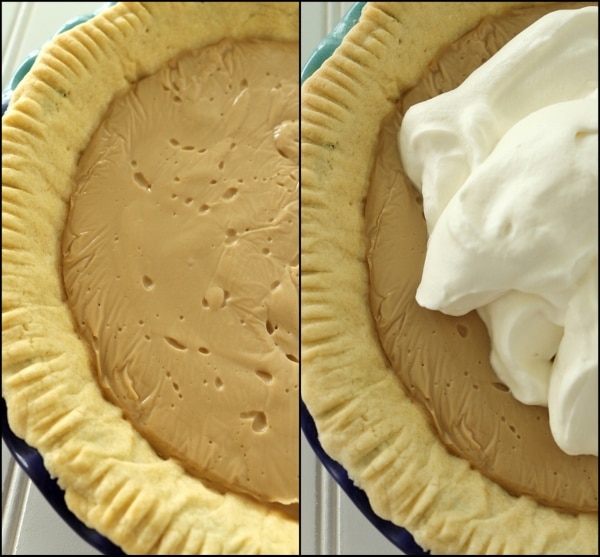 A single bite of this Earl Grey Cream Pie combines the sweet, buttery, sugar cookie base with the beloved flavor of bergamot orange-infused tea in the Earl Grey filling, and a light and delicate whipped cream floating over the top. It’s truly sublime for any tea/pie lover such as myself. I bet this would also be a fun idea to adapt into mini tartlets to serve as the sweet finish for an afternoon tea party! 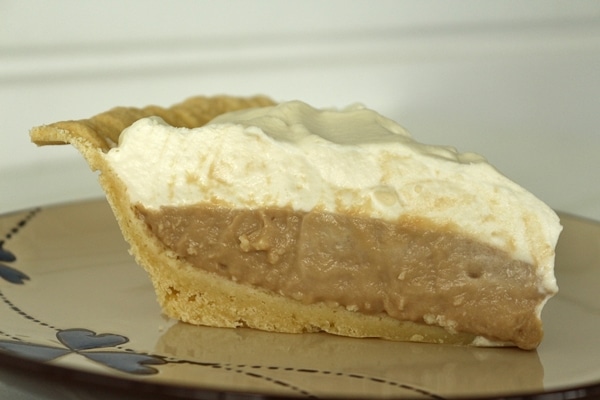 In the bowl of a stand mixer fitted with the paddle attachment, or in a large bowl using a handheld electric mixer, beat together the butter, sugar and salt on medium speed until the mixture is light and fluffy, about 3 minutes.

Scrape down the side of the bowl with a rubber spatula and add the egg. Mix on medium speed until the egg is fully incorporated, about 2 minutes. Scrape down the side of the bowl again and add the flour, 1/4 cup at a time, mixing after each addition until everything just comes together. Form the dough into a large ball, wrap it in plastic, and refrigerate it for at least 30 minutes or up to 1 hour.

Press the dough into a 9-inch pie plate, making sure to press it evenly so it’s 1/4-inch thick all the way around and up the side. Prick the bottom and side with a fork and chill, unwrapped, in the freezer until it is frozen through, at least 20 minutes.

Meanwhile, preheat the oven to 325 degrees F with a rack in the middle position. Take the crust directly from the freezer, line it with parchment paper or aluminum foil, and fill it with pie weights. Bake until the sides are set, 15 to 20 minutes. Remove the weights and liner and bake an additional 5 minutes (I baked mine an additional 20 minutes instead of 5, until it was baked through and the edges were just starting to brown–5 minutes was not nearly enough time for a fully baked cookie crust). Let cool before making the filling.

For the filling, bring the milk to a simmer in a small saucepan over medium heat and cook, stirring constantly so it doesn’t stick to the bottom, 10 minutes. Remove the saucepan from the heat and add the tea bags to the hot milk. Set aside and let the tea steep for 30 minutes. Remove the three tea bags from the milk (which will have cooled). In a medium saucepan whisk together the egg yolks, sugar, cornstarch, and salt.

Add the butter and whisk until it is completely melted and the mixture is smooth. Pour the Earl Grey cream into the prebaked crust and, while still hot, cover it with plastic wrap to prevent a film from forming on the top. Refrigerate the pie until the filling has set, at least 4 hours.

In the bowl of an electric mixer fitted with the whisk attachment, beat together the heavy cream, confectioners’ sugar, and vanilla extract until medium-stiff peaks form.

Before serving, remove the plastic wrap and top with the whipped cream. Serve cold.