Once upon a time in 2011 a food blogger received a review copy of The Whole Hog Cookbook by Libbie Summers, and the rest is history. She read the book from cover to cover, interviewed the author over the phone, waxed poetic about her love for the book on her blog (on multiple occasions) and was even invited to the cookbook release party in New York City where she got to meet the fabulous and fashionable Libbie Summers, who was just as awesome (yet super down to Earth) as she appeared to be in her rocking debut cookbook.

Fast forward to 2014 and the release of Summers’ sophomore book Sweet and Vicious. This highly anticipated followup focuses on baking, using the same fun and creative outlook as its predecessor. Libbie’s hilarious stories are still prevalent throughout the book, as are the outstanding photos by Libbie’s partner in crime, Chia Chong. In fact, the two of them created the award-winning food blog Salted and Styled. This is a partnership I hope never ends.

First things first… the book itself… the edges of all of the pages… are tinted PINK! HOT PINK! That’s pretty vicious for a cookbook. Way outside of the box. This is not your typical baking book. It marches to the beat of its own drummer… and I LOVE it. The pages within intend to inspire readers and bakers to be fearless and creative.

Chapters range from more traditional-sounding subjects like cakes, pies, and cookies to one devoted to canine goods. Yup, there are even treats in here for your pup! Equal love for all!

Libbie has a true talent not only for creating thoughtful and delicious baked goods but also for coming up with hilarious titles for many of them. I was literally laughing out loud as I read through the book. Napoleon Bread refers to “a shorter baguette.” Get it? It’s short and it’s French… like Napoleon. HA! How about Libbie’s take on fortune cookies. She calls them Backhanded Compliment Cookies and even suggests a list of backhanded compliments to use in the cookies.

And instead of typical gingerbread men or women, she offers a stencil and recipe to make Retired Gingerbread Working Girls. Oh snap. She went there. Flat-Chested Flat Bread, Pull-Apart Boy Bread (because boys have many layers… like this bread), and Angry Bird Hand Pies (Buffalo chicken pasties) are just a few more examples of her playful attitude toward baking. And the recipes live up to the standard I’ve come to expect from Libbie. There really is more substance to them than funny titles; I’m just pointing out the hilarity because, well, they’re too funny not to!

She also includes lots of recipes in her Secret Weapons chapter for homemade extracts, infused sugars, and more. Sweet and Vicious is the complete package. It offers an arsenal of recipes for “baking with attitude” with lots of glorious photos and tips. I do wish that since it’s a baking book it included weight measurements in addition to volume measurements. Many baking books these days tend to include both, as more people (even non-professionals) are starting to bake this way, but it’s still not officially the standard (at least not in the US) and I’m happy with these recipes regardless.

My only real concern when perusing this lovely cookbook is deciding which recipe(s) to attempt first. There are too many to consider, but I’ve done my best to narrow down my selection. I decided to start with a couple recipes, one from the Sweet Breads and Pastries chapter and one from Savory Breads… Salvation Cinnamon Rolls and Pull-Apart Stinky Italian Boy Bread respectively.

The Pull-Apart Boy Bread has 5 variations for filling options. I made the one called Stinky Italian Boy which consists of mashed garlic confit, Italian herbs (I just used Italian parsley), and Parmesan cheese (I used Pecorino Romano). I also added some crushed chili flakes for heat. The recipe is pretty rich (the dough itself is much like a biscuit dough–very buttery) and layered with lots of incredible flavors. This particular version reminded me of super pimped out garlic bread. It was really easy to make and I look forward to trying some of the other variations in the future. It’s also good to know this is not yeast-based so it’s a lot faster to prepare than some of the other breads in the book.

Speaking of yeast, the other recipe I tested DID contain yeast and required a bit more of my time and attention. This is the recipe I’ve actually decided to share with you today, because it yielded some of the best cinnamon rolls I’ve ever had the pleasure of stuffing into my face. The filling contains a combination of brown sugar, cinnamon and a hit of cayenne to just give a mellow note of heat.

The frosting (mine was more like a glaze, though it would have firmed up if needed after a few minutes in the fridge) is a caramel cream cheese version that really takes these rolls to another world. I’ve halved the original frosting recipe here and even then, I think it will be more than you actually need to frost/glaze these rolls.

I baked half these rolls the day I made them and have frozen the remaining rolls to bake one of these upcoming weekends. Even though they require a bit of extra TLC (just like anything made with yeast), they are really easy to prepare. Please note, you have to roll the dough out into a pretty large rectangle (2 feet long). Even my giant Boos Block cutting board wasn’t big enough, so I actually lined up 2 boards flush side by side to roll it out over (although you could use your kitchen counter or table as well).

The dough is rich and buttery with a super-cinnamony filling featuring just a touch of background heat every once in a while. You may not even realize the cayenne is there with every bite, but every once in a while you feel a little tingle. If you want these rolls to have more of a kick, add a dash of cayenne to the frosting as well.

This is definitely a special occasion treat, not only by the effort involved, but the sheer amount of butter per square inch on these babies. Libbie calls for 1 1/2 sticks to spread on the dough, but I used a bit less than that (I cheated and used some of it for greasing my bowl/pan instead of using extra butter for that) and even then thought what remained was more than I needed to generously cover the dough. Just something to note!

As expected, I can wholeheartedly recommend this lovely and edgy cookbook. Both recipes I’ve tried so far (and I guarantee there will be more soon) have hit the mark on all levels. If you love to bake and you’re looking for some new and inventive ways to heat up your kitchen, Sweet and Vicious is the book for you.

Dough:
1/2 cup (1 stick) plus 3/4 cup (1 1/2 sticks) unsalted butter, at room temperature, plus more for greasing (I honestly think 1/2 cup would be enough for spreading on the dough instead of the full 3/4 cup in the original recipe)
1 cup warm milk
1/4 cup warm water, or more if needed
1 teaspoon vanilla extract
1 tablespoon instant active dry yeast (I used regular dry active yeast and just bloomed it in the warm milk/water before mixing into the dough)
2 large eggs, at room temperature, beaten
1/2 teaspoon kosher salt
1/2 cup sugar
5 cups bread flour, plus more for dusting

To make the dough: Butter the inside of a large mixing bowl and set aside.

In the bowl of a standing mixer fitted with the dough hook, combine the milk, water, vanilla, 1/2 cup butter, the yeast (if using dry active yeast instead of instant make sure you bloom it for a few minutes in the warm milk/water until it dissolves), eggs, salt, sugar, and flour and mix for 4 to 5 minutes, until a soft elastic dough forms. The dough should be slightly tacky to the touch. If the dough is too dry, add warm water, 1 tablespoon at a time. Continue to mix the dough for 5 minutes until it becomes smooth and elastic.

Place the dough in the prepared mixing bowl, turning once to ensure that both sides are buttered, and cover with plastic wrap. Allow the dough to rise in a warm place for 1 hour, or until it has doubled in size.

Butter a 9-by-13-inch baking pan and set aside (I only baked off 6 of these and froze the other 6 so I used a round 9-inch cake pan instead).


To make the hellfire filling: In a small mixing bowl, stir together the brown sugar, cinnamon, and cayenne and set aside.

On a lightly floured work surface, roll the dough out to a 16-by-24-inch rectangle. Use your hands to spread the remaining 3/4 cup butter (I honestly think 1/2 cup should be enough for this step) over the top of the dough, making sure to butter all the way to the edges. Sprinkle the filling evenly over the butter. Starting with the long side, roll the dough into a slightly loose long log (rolling the dough too tightly will make the centers of the rolls pop up with baking). Pinch the seam to seal.

Using a serrated knife, cut the log into twelve equal-width rolls and place them on the prepared baking pan, spacing the rolls so they do not touch. (At this point you can cover the pan with plastic wrap and refrigerate it overnight. Allow about 1 1/2 hours for the rolls to double in size once you remove them from the refrigerator). Cover the pan and place it in a warm place for 1 hour, or until the rolls have doubled in size.

To make the caramel cream cheese frosting: In a medium saucepan over low heat, melt the butter. Stir in the brown sugar and cook, stirring constantly, for 2 minutes. Increase the heat to medium and stir in the milk. Continue to cook, stirring occasionally, until the mixture comes to a boil and the sugar has completely dissolved. Remove from the heat and let cool to room temperature.

In the bowl of a standing mixer fitted with the paddle attachment, beat the cream cheese until smooth. Add the cooled caramel mixture and beat until combined. Add the confectioners’ sugar 1 cup at a time, beating until each addition is incorporated before adding the next. Scrape down the sides of the bowl as needed. Add the vanilla paste and beat for 1 minute. Leftovers can be refrigerated for up to 10 days or frozen for up to 3 months. When you are ready to use, bring to room temperature and beat until creamy, adding a little confectioners’ sugar if needed to make it creamy again.

To bake the rolls: Preheat the oven to 350 degrees F.

Bake the rolls for 15 to 20 minutes, until golden brown. Remove from the oven and allow to cool slightly before topping with the frosting. Serve warm.

*Note* These rolls freeze brilliantly. After you have cut them into twelve equal rolls, lay them flat in a zip-top bag and freeze. 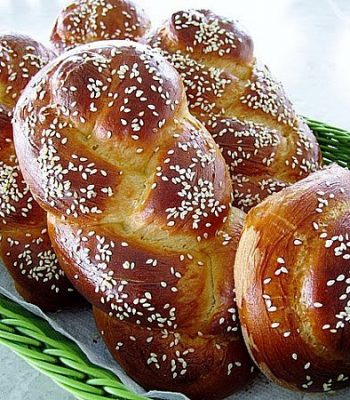