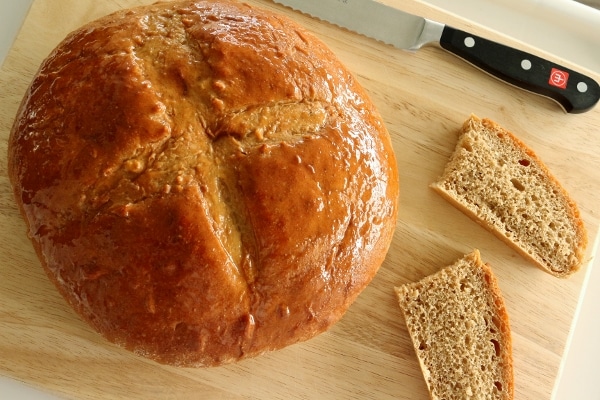 A little while back I discussed my love for a fantastic restaurant in the heart of Providence called Gracie’s. The entire meal was outstanding, but one of my favorite treats from that meal and the ones that followed at Gracie’s was found in the delicious bread basket, filled with goods from sister bakery Ellie’s. The honey-glazed beer bread is the one I always reach for, and I find it nearly impossible to select any other variety. 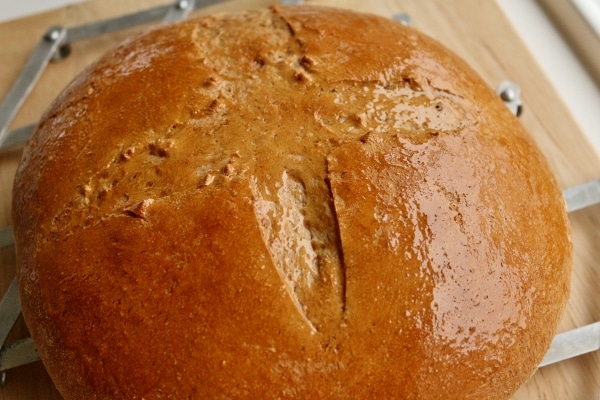 There’s nothing quite like that delicious, nutty, malty, aromatic bread with its sticky-sweet crust, slathered in soft butter to make my carb-loving heart melt. It’s only delicately sweet (mostly from the glaze) with a hearty wheat base. I was thrilled to find the recipe available online and couldn’t wait to try it myself. 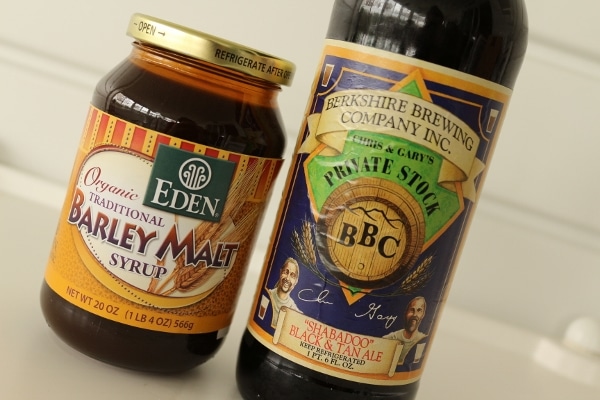 I actually used the same exact beer that they use at the bakery, but I couldn’t find malt powder at any of the stores I checked. The recipe doesn’t specify if it should be diastatic or non-diastatic malt powder either, and considering the trouble I faced finding it all together, I decided to just substitute barley malt syrup instead. It’s certainly not the same thing, but I hoped it would impart some of the flavor and color the malt powder would provide. 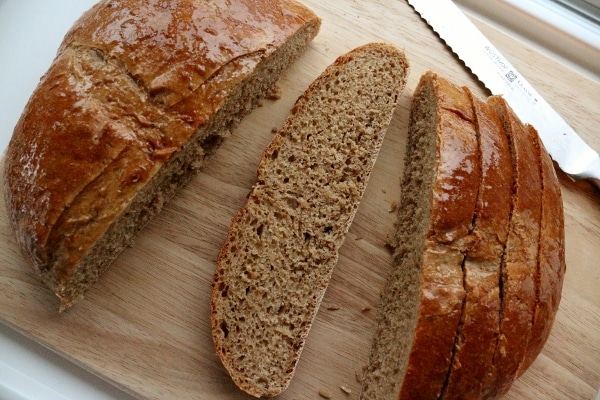 The aroma of this bread, even before it’s baked it phenomenal. Imagine the comforting smell of yeast dough proofing in your kitchen, and then add the sweet, malty characteristic of beer to the mix. It’s fantastic. 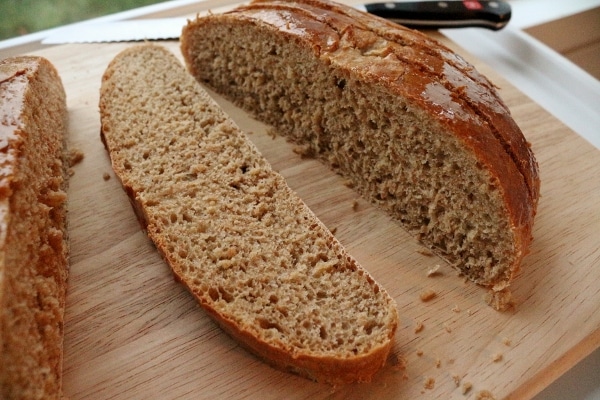 This bread is truly best the day it’s baked. Not only does it have the moistest crumb when fresh, but the longer it sits, the honey-glaze soaks into the crust and loses its shine and flavor. I had some trouble getting good photos of this bread because with the loss of natural light after daylight savings, I had to really push my limits to take some photos nearly in the dark, and then freshen up the bread with more honey the next morning to try taking more with better natural lighting! You can’t say I didn’t try! 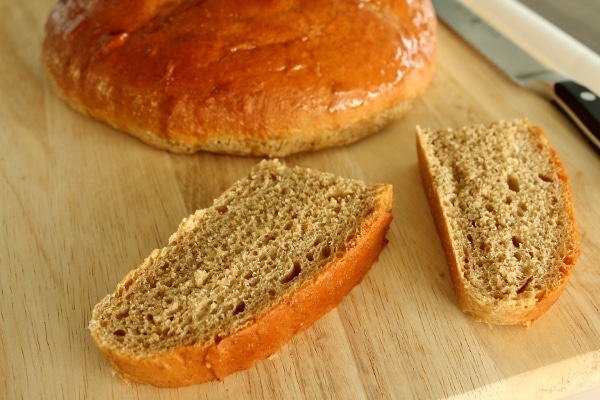 Regardless of how it photographs, trust me, this bread will not only fill your kitchen with the best aroma, but it will fill your belly with some of my favorite bread I’ve ever enjoyed at a restaurant (so much that I had to recreate it myself). Its fantastic on its own, but a touch of butter spread across a slice is the perfect way to enjoy. It’s pretty great toasted too once it loses its initial freshness. 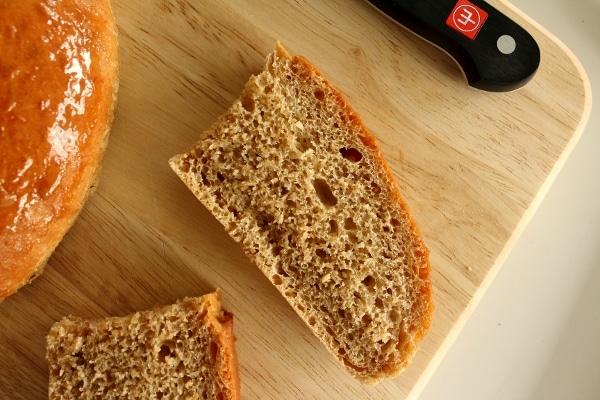 Combine flours, malt powder, salt, and yeast in a mixing bowl fitted with a dough hook attachment (if using barley malt syrup as I did, add it during the next step with the honey and beer).

Add the honey and most of the beer. Begin mixing on first speed, adding more beer slowly until the flour is fully hydrated (You may not need all of the beer–I only used about 2 cups).

Switch to second speed and add the butter. Mix until it is fully combined.

Continue mixing until an elastic dough forms. You are looking for the dough to spring back a little when you pull on it and it does not break.

When the dough is finished mixing, cover the bowl tightly. Allow to proof for 1 to 2 hours, until doubled.

When the dough has doubled in size and springs back upon contact, divide into two, one-pound loaves, or smaller rolls.

Shape into tight balls and place on a greased sheet pan (I placed them on pieces of parchment paper I would later transfer to my preheated baking stone). Cover with a cloth or plastic wrap. Allow to proof for about 2 hours.

Score the bread before baking at 350 degrees F for 15 minutes. Take the bread out and glaze with honey using a pastry brush.

Bake for another 5 to 8 minutes, or until it reaches an internal temperature of 200 degrees F. Cool completely before slicing.