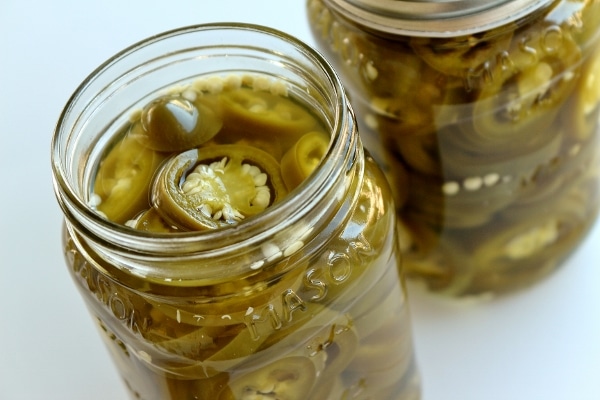 The Creative Cooking Crew theme for the month of September is “pickle it.” In other words, our challenge this month is to pickle something (anything) and then incorporate it into a dish. There are so many things that can be pickled, from watermelon rind to mustard seeds, but as soon as football season started I knew my heart only wanted to pickle one thing: jalapeños.

It might not be the most gourmet spin on the challenge, but it is glorious perfection in my eyes! One of my favorite treats on football Sunday is nachos (along with anything Buffalo chicken, of course). Usually, if I’m going to make traditional nachos in my kitchen, I will start with tortilla chips and grated cheese and then pile on the toppings (the more the merrier!).

In this case, I wanted to try something a little different. I decided to make a cheese sauce for my nachos instead of simply melting cheese right onto the chips. Both methods yield different, but delicious, results, and since this is a challenge, I decided to step out of my usual nacho box and try something new.

First, let’s talk about the pickled jalapeños (since that’s the focus of the challenge). They were so incredibly easy to prepare, I can’t imagine ever buying them in the store again. I already had Mason jars and the various pickling ingredients in my pantry, and under $2 later, I had 15 gorgeous jalapeños ready to enjoy a new life in pickled form. 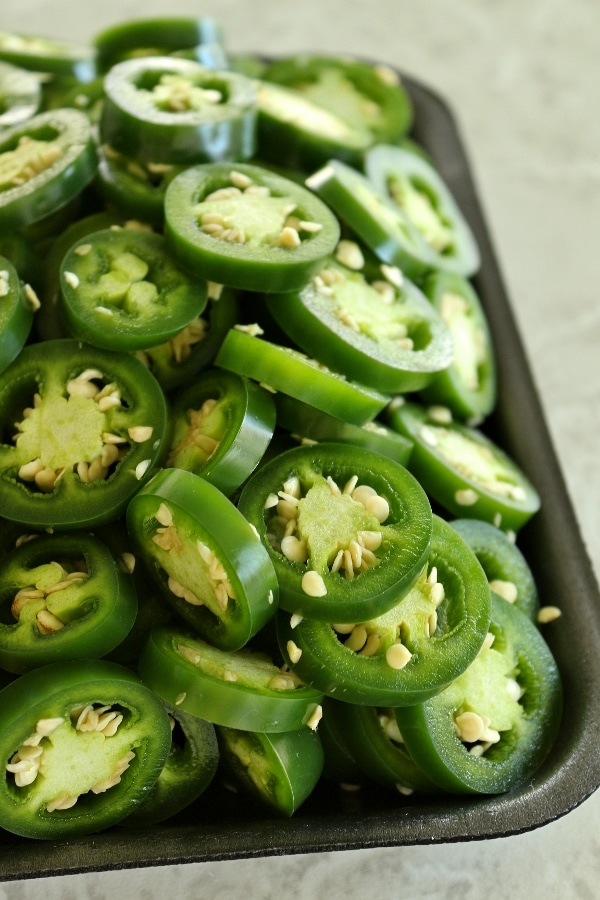 I didn’t go through the official process of canning them, and instead just opted to refrigerate the jars. If you want to process them to make them shelf-stable (like you would with other pickles or jams), you certainly can do that by boiling the sealed jars for 10 to 15 minutes and following the usual steps. 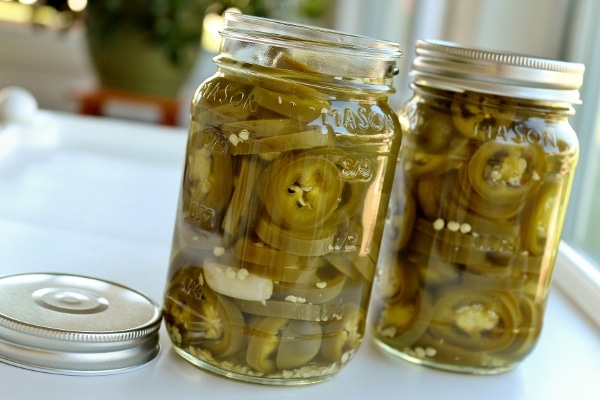 For my cheese sauce, I actually used white cheddar which made it decidedly not nacho cheese-like in color, and therefore to “brighten up” my nachos, I served the gooey cheese sauce over blue corn tortilla chips. My only complaint about the cheese sauce is, especially once you drizzle it on something, it cools pretty fast and is no longer molten in texture. 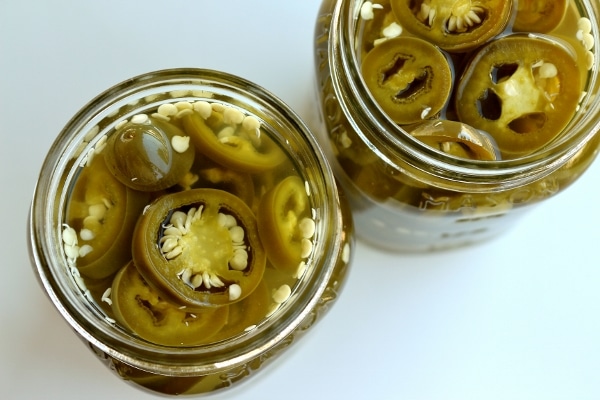 I found myself occasionally nuking my nachos in the microwave to warm up the cheese sauce. It may have been better to simply keep the sauce warm and dip the chips in there… or just melt cheese all over it next time 🙂 Easy peasy!

Either way, although this was a fairly simple preparation of nachos, with just chips, cheese sauce, and pickled jalapeños, it was still a nice change from the typical loaded nachos I usually make. Plus it really helped the pickled peppers shine! I would love to try the cheese sauce for chili cheese fries in the future too, and the perfectly balanced pickled jalapeños on anything Tex-Mex or Mexican, or even just on the side as a spicy pickle. Check out the round up of “pickled” dishes on Foodalogue on September 30th! 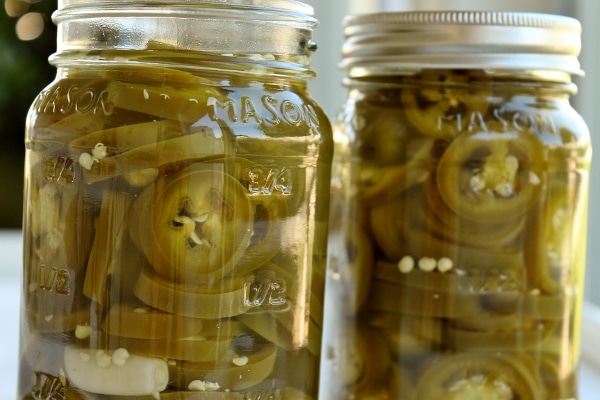 In a medium saucepan combine the garlic, water, vinegar, sugar and salt.

Heat to a boil, stirring to dissolve the sugar and salt. Once at a boil, add the sliced jalapeños pressing them so they are submerged. Remove the pot from the heat and let it sit for 10 to 15 minutes, occasionally stirring and pressing the jalapeños into the brine.

Transfer the jalapeños to 2 pint-size jars or 1 quart-size jar. Ladle the brine over top until the jar is full (doing this over a small strainer will remove the bulk of the excess seeds). Let cool at room temperature before securing a lid and popping them into the fridge (alternatively to can them: when the mixture is still hot, process the jars in a boiling water bath for 10 to 15 minutes).

Add the cheese and cornstarch to a medium saucepan and toss them to combine. Add the evaporated milk and hot sauce, if using, and heat the mixture over medium heat, while whisking constantly. After about 5 minutes or so, the mixture should be hot, bubbly, and thickened. If it’s too thick, add a bit more evaporated milk to thin it out. Serve immediately with tortilla chips, fries, hamburgers or hot dogs.

Dim Sum and Then Some: Char Siu Sou (Pastries)