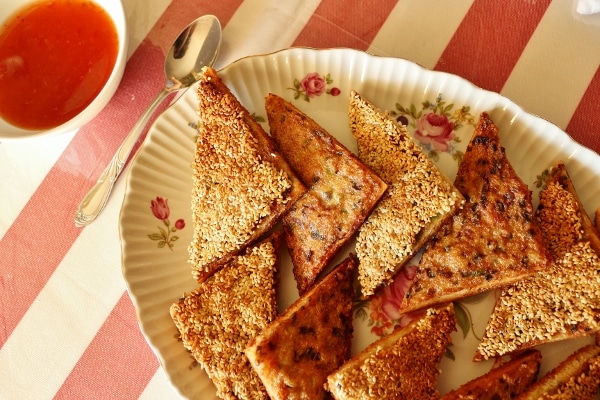 One of the most popular items at my recent Olympic Opening Ceremonies party were these crispy shrimp toasts. I honestly don’t know if these are even authentic Chinese, but they sure are delicious! They are also very easy to make, and cook quickly. 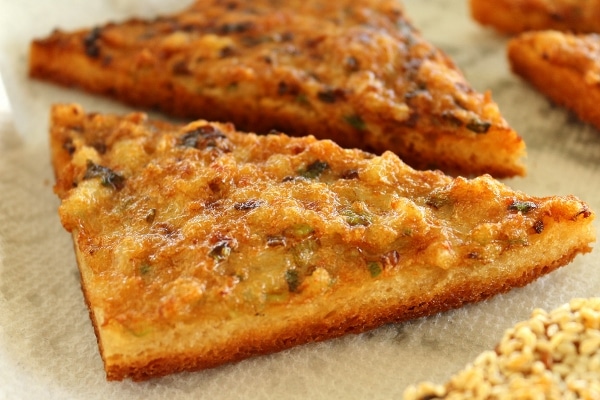 I was able to purchase some wild gulf shrimp on sale last week at Whole Foods. It’s really preferable to use the best quality shrimp you can find. There is so much sketchy shrimp out there these days! 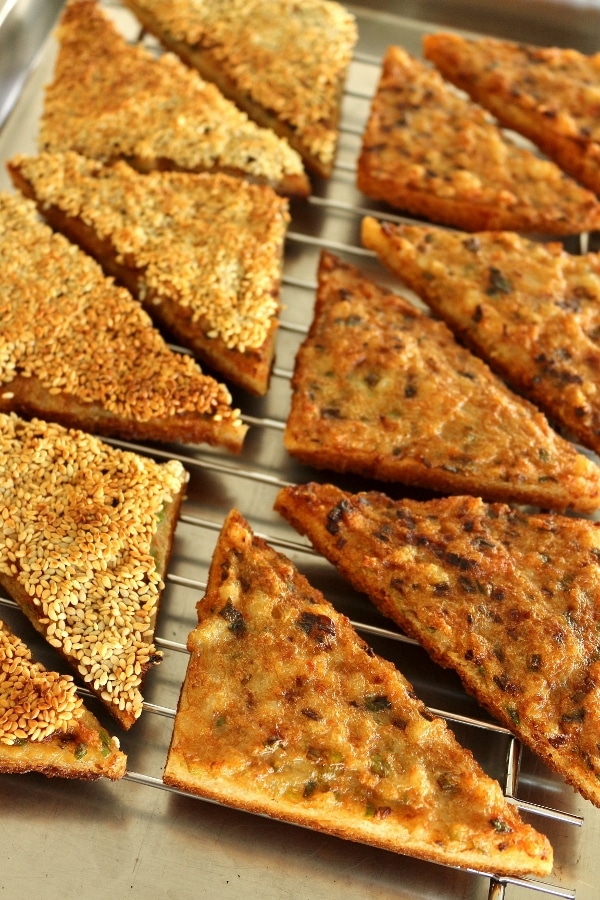 I also used good quality “Canadian White Bread” from Trader Joe’s. It’s firm enough to hold up against the shrimp paste, and won’t get soggy as easily as some cheaper brands of white bread. It also gets beautiful crispy when fried up. Definite win! 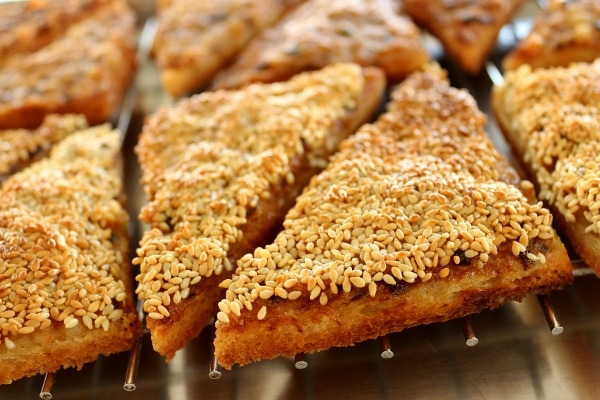 We begin by making a simple shrimp paste in the food processor. Peeled and deveined shrimp is combined with aromatic ingredients such as sesame oil, ginger, and garlic, and bound with an egg white and some cornstarch. 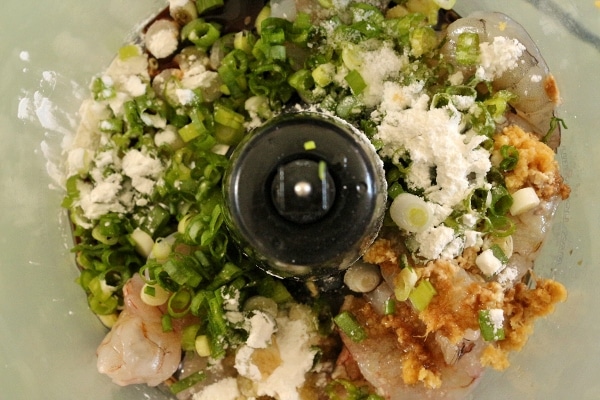 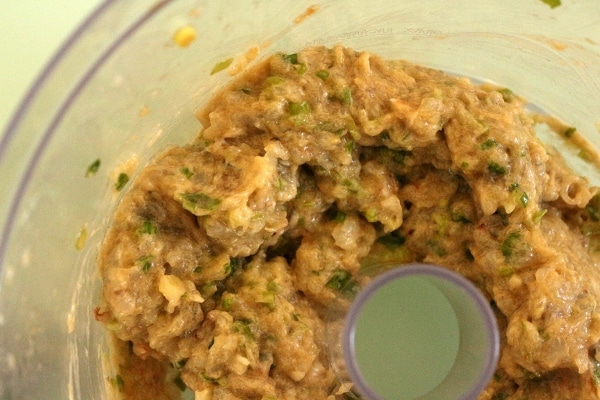 Do not fret. It will look like a very small quantity of shrimp paste, but a little goes a long way. Spread the shrimp mixture evenly over one side of the bread triangles. I used a small cheese spreader. 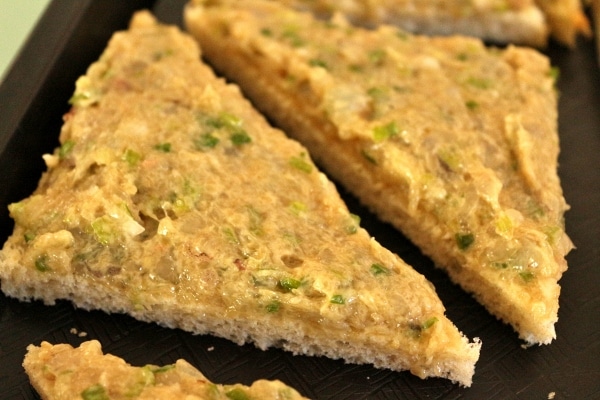 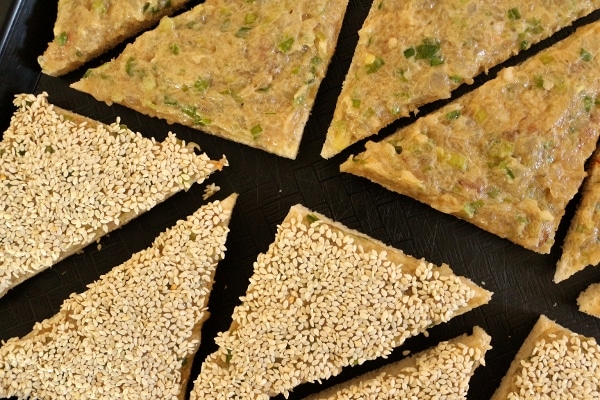 These shrimp toasts are shallow fried in a bit of oil, and they cook super fast! They are best enjoyed immediately, but I actually arranged them on a rack in a baking sheet (so the bottoms stay crisp) to warm them back up in the oven right before the guests arrived, and they were still really good. 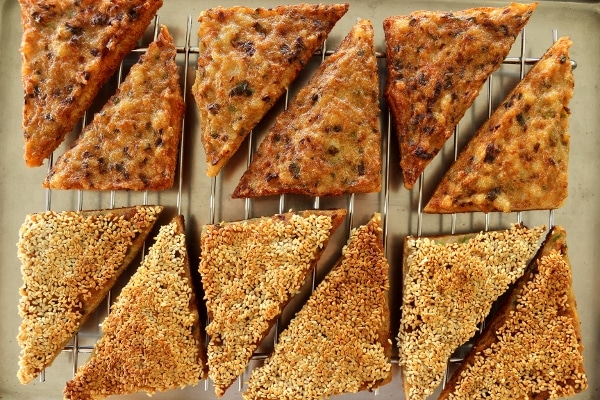 You can eat them plain, but a bit of sweet, tangy, and slightly spicy Thai sweet chili sauce is the perfect accompaniment. 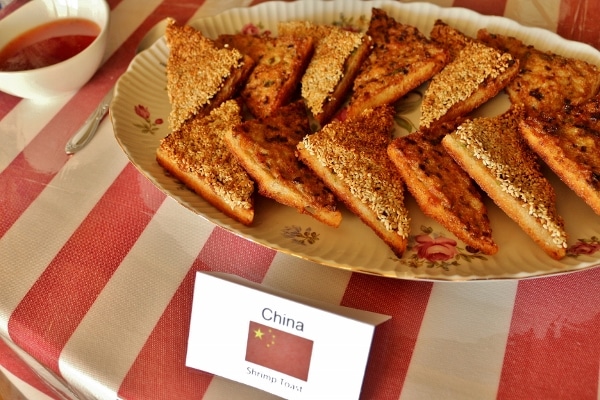 Honestly, these shrimp toasts were so great, that I will definitely plan on making them for other upcoming gatherings. In the future I would even plan on doubling this recipe. 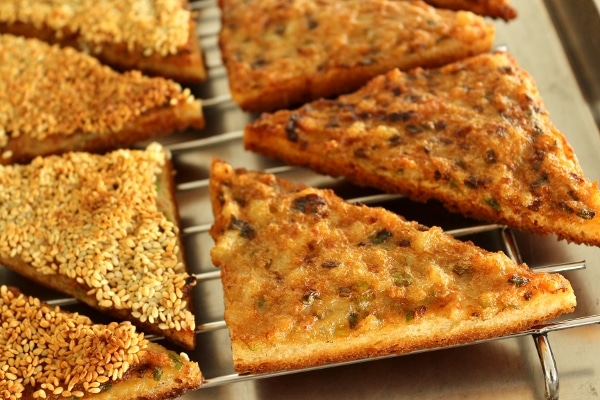 Combine shrimp, egg white, soy sauce, scallions, sesame oil, ginger, garlic, and salt in the bowl of a food processor. Pulse until finely chopped, but not pureed. Scrape down the sides of the bowl as needed. If you don’t have a food processor, you can mince the shrimp with a knife and mix everything else together by hand in a bowl.

Spread mixture evenly over one side of each piece of bread, spreading all the way to the edge. Dip shrimp side into sesame seeds to coat, if desired (or you can make half with sesame seeds and half without for a nice contrast).

Pour oil into a heavy-bottom skillet and place over medium-high heat.

In batches, carefully place triangles shrimp-side down and fry until the bottom and edges are golden brown, about 2 minutes. Flip triangles over and fry for an additional 2 minutes. Drain on a paper towel-lined plate and repeat with the remaining toasts. Serve warm with Thai sweet chile sauce for dipping. 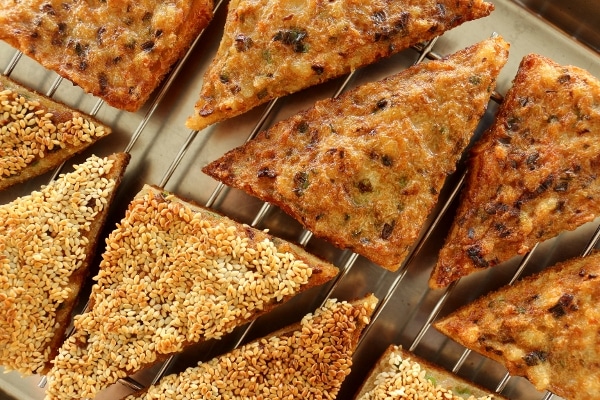