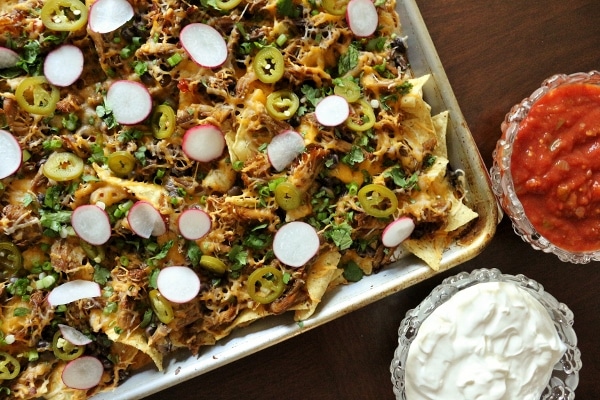 Pairing food with drinks is not a novelty, and yet there are newer and more exciting ways to do it than the traditional wine pairings that are commonplace in many restaurants. Craft beer is making a huge wave, with more and more people creating their own brews or simply stepping outside of their comfort zone of big name breweries. 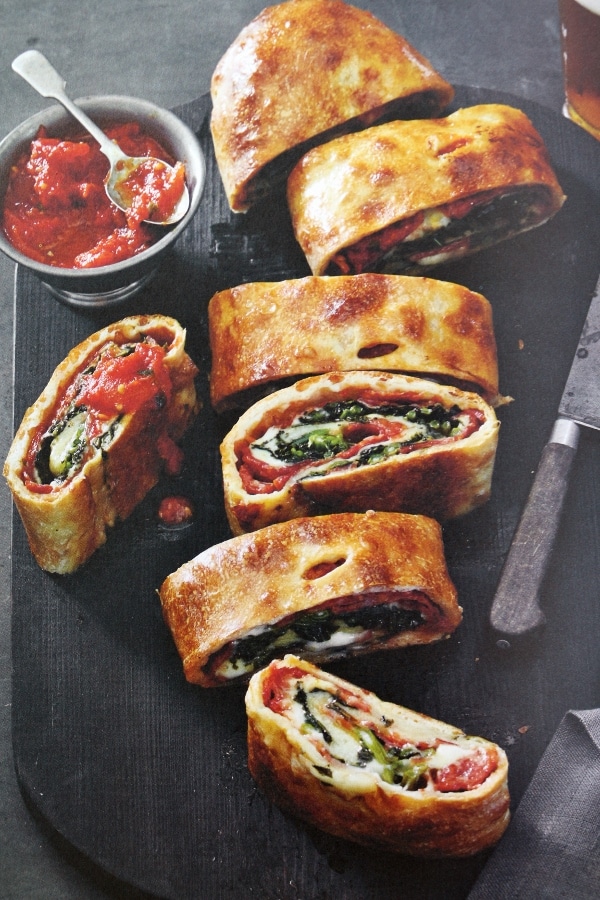 Beer Bites by craft beer specialist Christian DeBenedetti and cookbook author Andrea Slonecker (Preztel Making at Home) made its debut earlier this week. I absolutely loved Andreas’s first cookbook and have made pretzels multiple times since reviewing her book. I was thrilled to have the opportunity to review this cookbook as well. 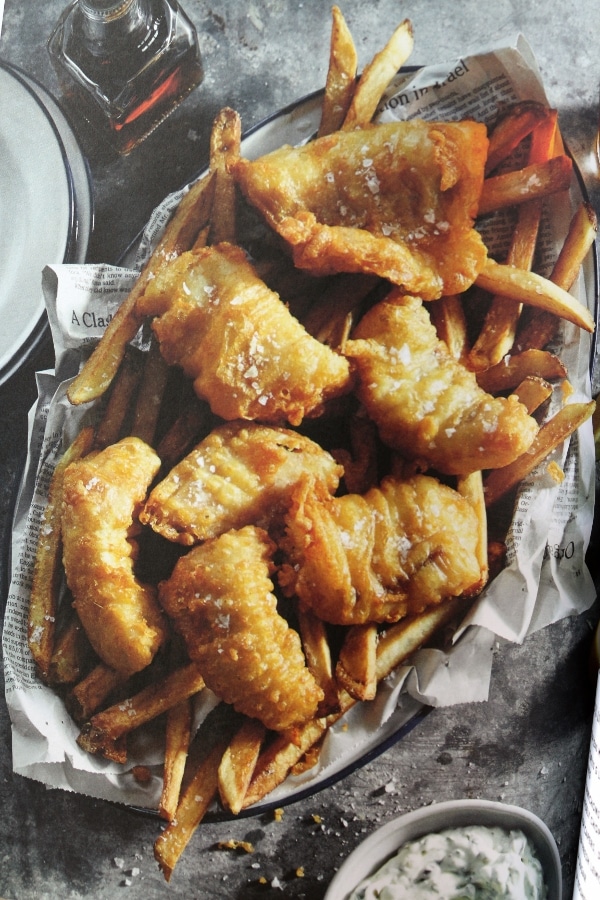 It’s so much more than a standard cookbook. We start off with a look at brewing beer and what the main components are that contribute to flavor, color, aroma, and more. A “Beer Styles Flavor Cheat Sheet” illustrates styles of beer that fall within various categories, and then shares the key descriptors that best represent them. 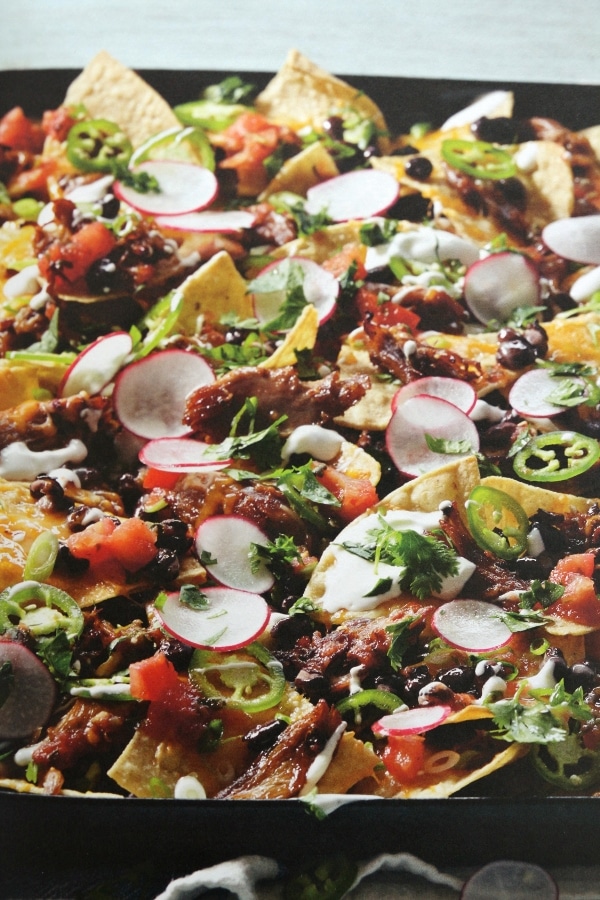 The chapters are then divided into the same categories used in the flavor chart: Crisp & Clean, Fruit & Spice, Hoppy & Herbal, Sour & Complex, Malty, Rich & Sweet, Deep, Roasty & Smoky. Each recipe is then paired with a style of beer. Recommended beers of that style to go with the particular dish are included at the end of each recipe. 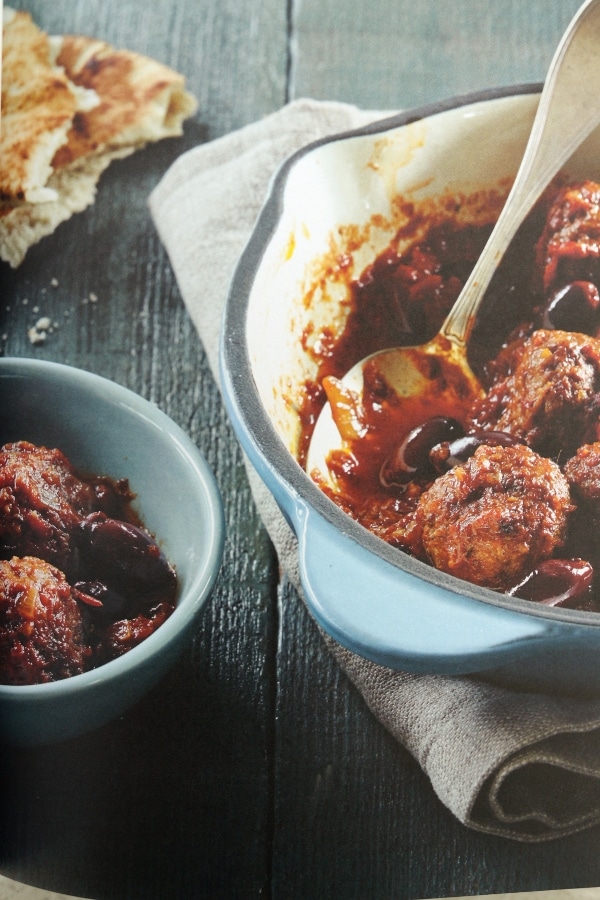 Beer pairings aside, there are lots of really enticing recipes in the book. One thing I love about them, is that they lend themselves really well to entertaining. I’m enjoying forward to football season especially, and plan to make several dishes to hopefully celebrate lots and lots of wins by my Super Bowl Champion New England Patriots (do not even ATTEMPT to troll my blog with negative comments about my team or Tom Brady–they will never see the light of day). 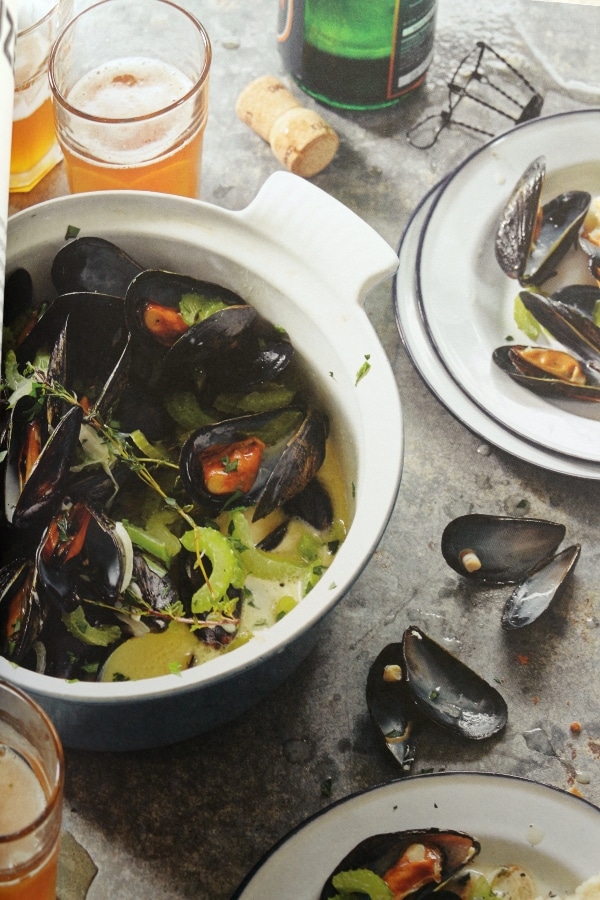 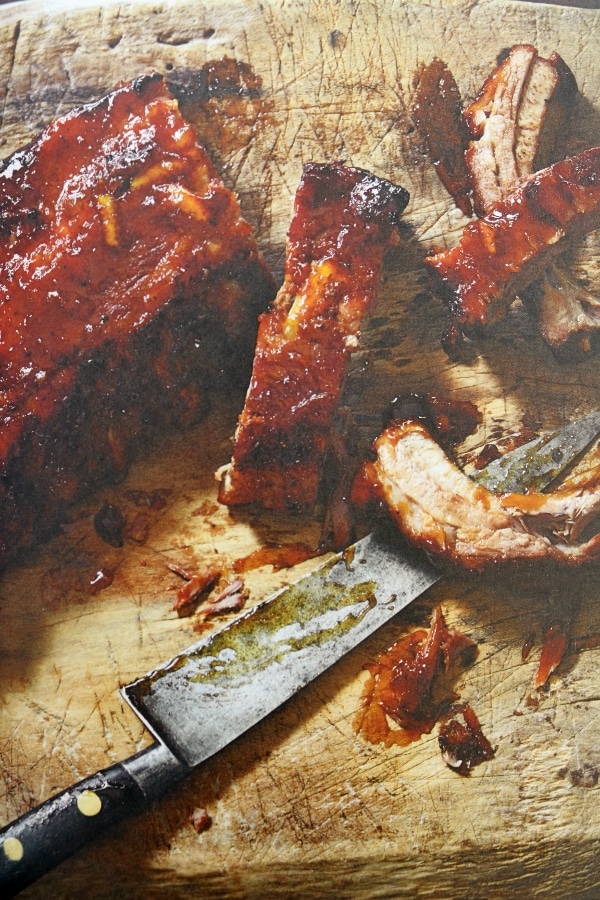 You can easily make these recipe without actually pairing them, but what’s the fun in that? I can’t review a cookbook focusing on pairing foods with beers if I don’t actually pair the food with the beer, right? So to kick things off, I decided to make something totally worthy of my Super Bowl Champion New England Patriots (because my boys deserve the very best). 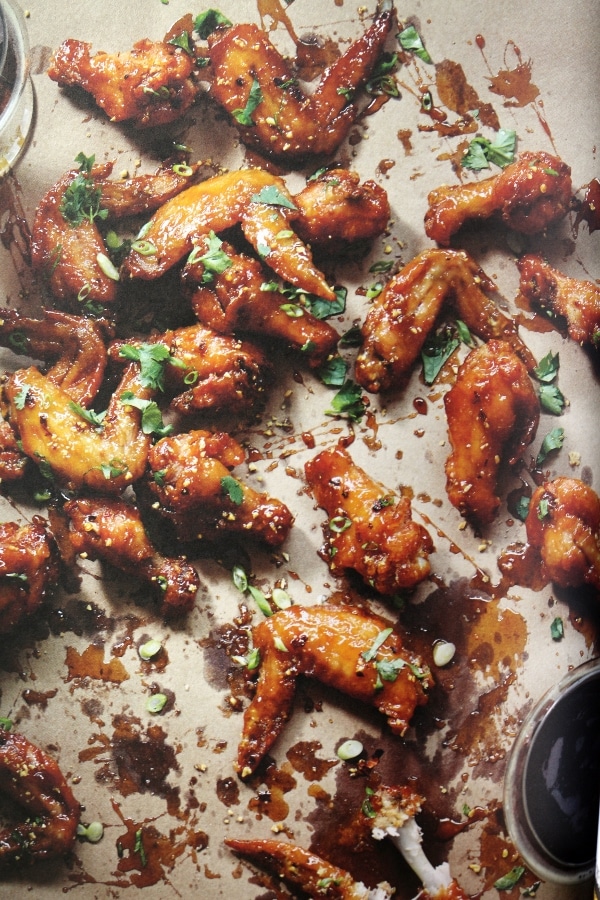 The Duck Carnitas Nachos actually have a suggested beer pairing of Samuel Adams Boston Lager, so it seemed like a no-brainer that this would be the perfect dish for another winning season. 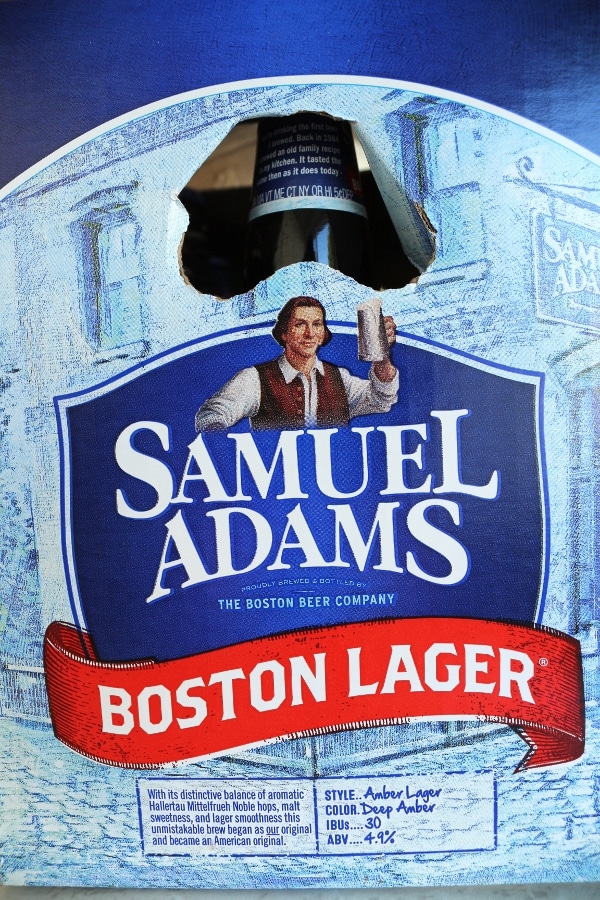 Duck legs are braised in a mixture of beer, orange zest, and chiles and then shredded and finished by sauteing in their own residual fat. 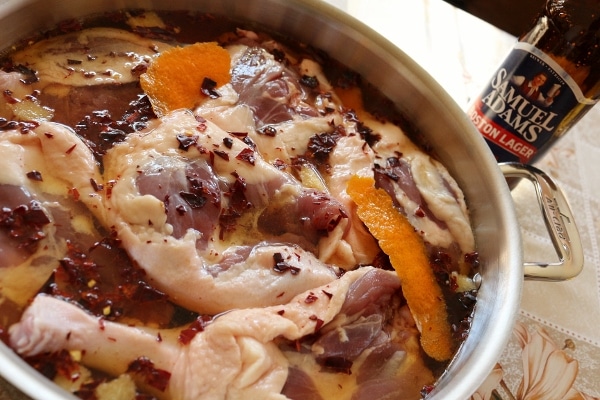 Along with black beans and a combination of Mexican cheeses, the duck carnitas are layered between crunchy tortilla chips. 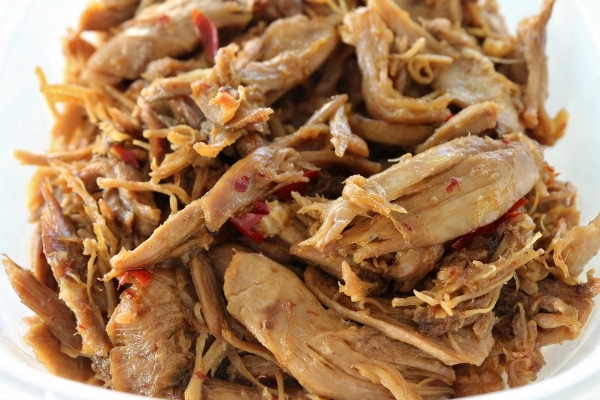 Paper-thin slices of radish, chopped scallions, fresh cilantro, and jalapenos finish off the nachos, along with some sour cream or Mexican crema. Instead of using sliced fresh jalapenos, I decided to add some of my homemade pickled jalapenos after the bubbling nachos emerge from the oven. 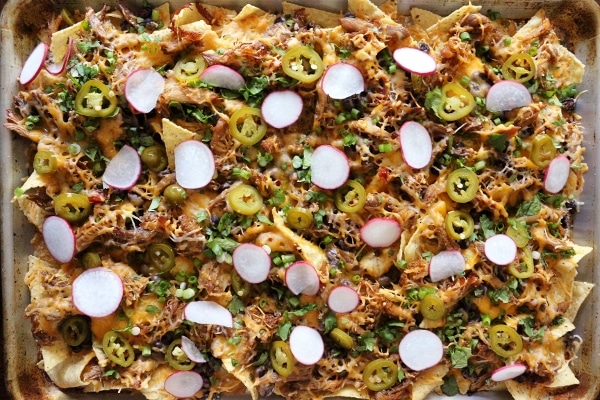 I made a couple small changes in the assembly of my nachos. First of all, I used a bit more tortilla chips than the recipe called or, with a bit less cheese. Instead of doing two full layers of everything on one sheet pan (which would have made them overflowing over the edges), I made two pans with a single layer of nachos on each. I also layered my nachos by putting chips on the bottom, topped by cheese, then beans, duck, and more cheese before popping in the oven. This really glues everything very nicely together. 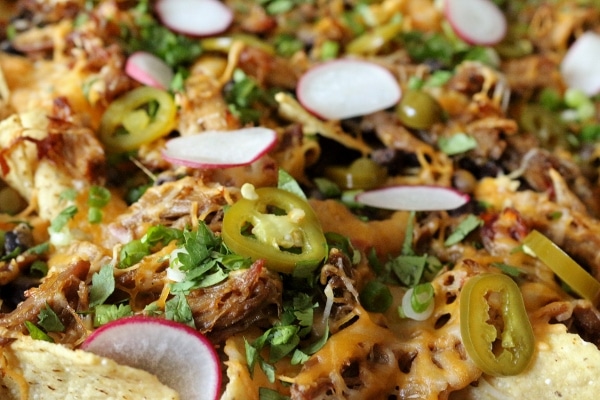 I actually placed a special order for duck legs with the butcher at my local Stop & Shop. They were very helpful and accommodating, and the price for the duck was very reasonable, a little over $5 a pound. It actually took about 3 weeks for my duck legs to arrive (it typically takes 1 1/2 weeks they said but the supplier didn’t send them so they had to reorder them). Even though it was a bit of tedious process order this specialty ingredient, I would do it again in a heartbeat. Just know that this may require you to plan ahead before you can whip up these nachos. 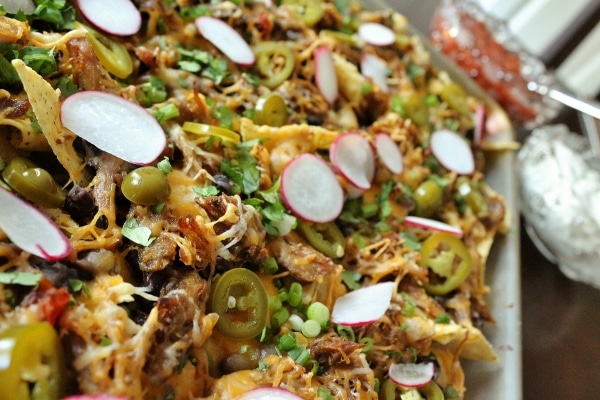 I really enjoyed exploring Beer Bites, and think it’s a fun cookbook that takes pairing food with drinks to a whole new level. I learned a lot about beer, and discovered a plethora of new recipes that are perfect not only for game day but truly for any time. P.S. Go Patriots!!! 😀 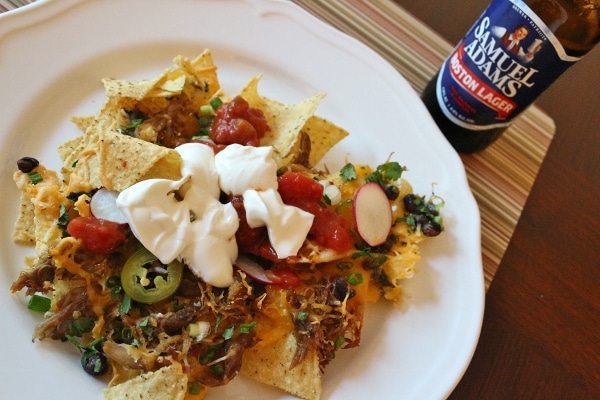 To make the duck carnitas: Heat a small, heavy, dry skillet over medium-high heat. Add the chile and toast, turning occasionally, until puffy and deep brownish-red but not black, 2 to 3 minutes. Stem and halve the chile, discard the seeds, and chop finely. Set aside.

Nestle the duck legs in a heavy pot just large enough to fit them snugly in a single, slightly overlapping layer. Add the toasted chile, orange peel, garlic, and salt. Pour in the lager, then add enough water to barely cover (it’s okay if a few points protrude). Bring to a boil over medium-high heat, then turn the heat to medium-low and partially cover the pot. Simmer gently until the meat is tender enough to shred with a fork, about 1 1/2 hours. Transfer the duck legs to a cutting board using tongs.

Discard the orange peels from the braising liquid. Raise the heat to high and boil until the liquid is almost completely evaporated and about all that’s left is the duck fat, about 10 minutes (mine took much longer to reduce, but I also simmered it mostly covered so it didn’t evaporate that much while cooking). First the bubbles will become large and foamy, and then the foam will begin to subside.

Meanwhile, shred the meat into bite-size chunks and finely chop the skin (I discarded the skin instead). Discard any excess fat and the bones (I used the bones to make stock).

Return the duck meat and skin to the pot and fry over medium heat until the meat is browned and crisp on the outside but still moist and tender inside, about 20 minutes (I only did this for about 10 and found mine just wasn’t getting crispy but rather the crispy parts were sticking the pan). Stir often, being sure to scrape the bottom of the pot. Drain the meat in a colander (or lift it from the fat with a slotted spoon). The carnitas can be made up to 1 week in advance and stored in the refrigerator, covered in the fat. When you are ready to assemble the nachos, reheat the meat in a small saucepan, and then drain off the fat.

Preheat the oven to 350 degrees F, Spread about half the tortilla chips in an even layer on a large rimmed baking sheet. Top with about half each of the duck, the beans, and the cheese. Repeat to create a second layer (or do as I did and just make two single-layer pans of nachos). Scatter the jalapenos on top (unless you’re using pickled jalapenos like me, in which case add those at the end).

Bake the nachos until the cheese is melted and just beginning to brown in spots, 15 to 20 minutes. Remove from the oven and top with the green onions, then cilantro, and then the radishes. Serve immediately with the salsa, crema, and lime wedges on the side.