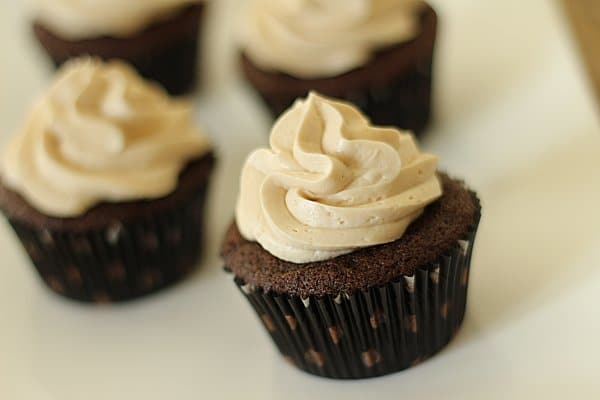 Long after your green tee-shirts and shamrock-covered hats have been put into hibernation, these cupcakes will still haunt you. Unlike the alcoholic beverage, which can curdle if not drunk fast enough, these cupcakes will not give you a hangover the next day (contrary to popular belief). 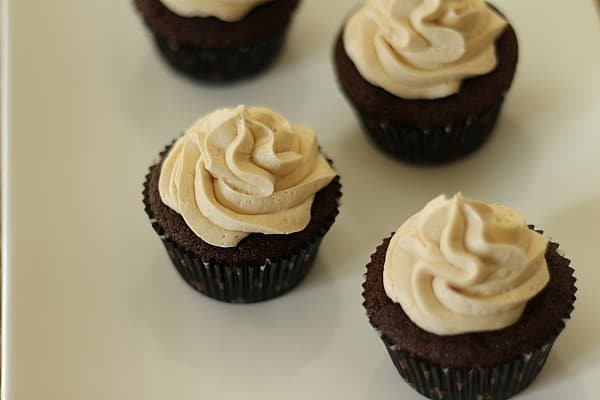 You may feel equally as guilty afterwards, be it from the decadent Baileys buttercream or the whiskey-spiked ganache filling, but life is a celebration so I say just go with it. 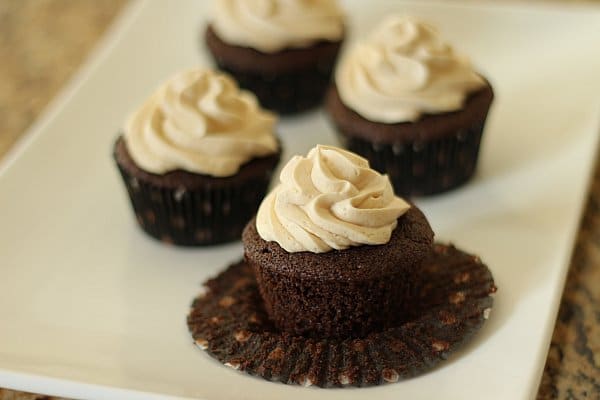 The cupcakes themselves acquire an Earthiness from the Guinness, but otherwise taste mostly of chocolate. Moist, delicious, and fluffy chocolate. The best kind! It’s the whiskey ganache filling (which is reminiscent of those little chocolates filled with liquor… you know, the ones at the duty free shop at the Canadian border… in the mid-90s… and my first taste of alcohol when I was decidedly underage) and the Baileys buttercream that punch you in the face. Bam! 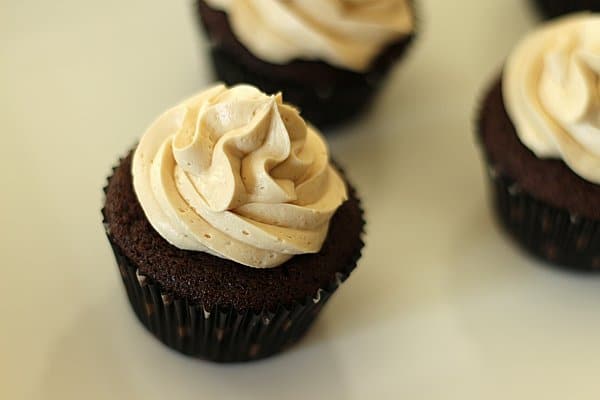 In fact, transporting these cupcakes to my friends’ house made my car smell like Baileys. My entire car. I’m pretty sure my car would have failed a Breathalyzer if it were human. I’m so glad I wasn’t pulled over. They wouldn’t have believed me. The sacrifices we make for baked goods. 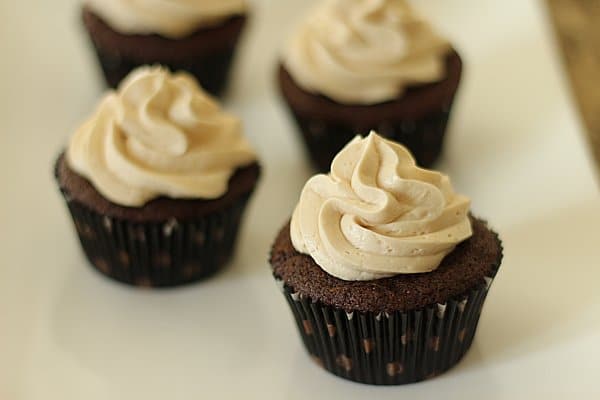 Also, I’m happy to report that these photographs were taken with my brand new Canon DSLR camera! I think they could stomp all over the pictures taken with my old camera. I’m still learning how to use it and playing around with various settings and such, but so far so good! The only adjustment I made to these pics was to sharpen them slightly. I think this is the beginning of a beautiful friendship 🙂 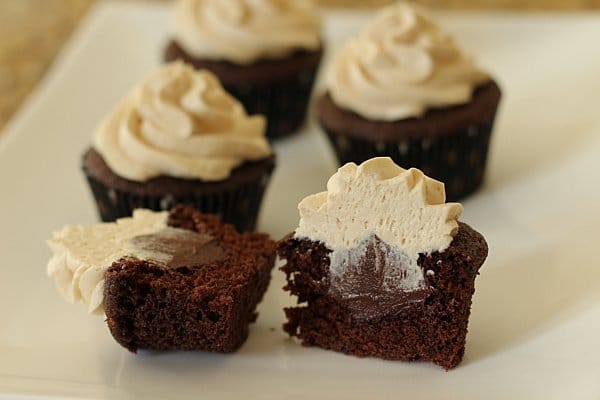 In the bowl of an electric stand mixer fitted with the paddle attachment, beat eggs and sour cream. Add stout-chocolate mixture to egg mixture and beat just to combine. Add flour mixture and beat briefly on slow speed. Using rubber spatula, fold batter until completely combined. Divide batter among cupcake liners, filling them 2/3 to 3/4 of the way. Bake cake until tester inserted into center comes out clean, rotating them once front to back if your oven bakes unevenly, about 17 to 19 minutes. Cool cupcakes completely.

Make the filling: Chop the chocolate and transfer it to a heatproof bowl. Heat the cream until simmering and pour it over the chocolate. Let it sit for one minute and then stir until smooth. (If this has not sufficiently melted the chocolate, you can return it to a double-boiler to gently melt what remains. 20 seconds in the microwave, watching carefully, will also work.) Add the butter and whiskey and stir until combined.

Fill the cupcakes: Let the ganache cool until thick but still soft enough to be piped (the fridge will speed this along but you must stir it every 10 minutes). Meanwhile, using a 1-inch round cookie cutter, paring knife, or melon baller (my personal choice), cut the centers out of the cooled cupcakes. You want to go most of the way down the cupcake but not cut through the bottom — aim for 2/3 of the way. Put the ganache into a piping bag with a wide tip and fill the holes in each cupcake to the top.

Make the frosting: Whip the butter in the bowl of an electric mixer for several minutes until fluffy. Add the powdered sugar a little at a time, until fluffy and thick. Drizzle in the Baileys and whip it until combined. If this has made the frosting too thin (it shouldn’t, but just in case) beat in another spoonful or two of powdered sugar.

Frost the cupcakes as desired.

Do ahead: You can bake the cupcakes a week or two in advance and store them, well wrapped, in the freezer. You can also fill them before you freeze them. They also keep filled — or filled and frosted — in the fridge for a day. (Longer, they will start to get stale.)