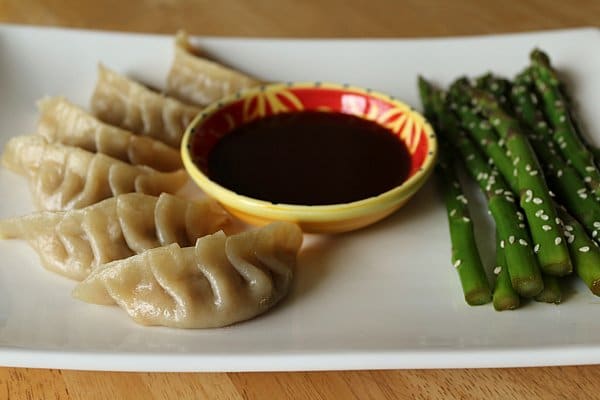 For the record, I have never dined at Nine Dragons at Walt Disney World’s Epcot in the World Showcase, but this is the second recipe I am featuring from there, the first being their Honey Sesame Chicken (delicious!). I have read reviews of the restaurant and each one of them swooned over the General Tso’s Chicken Dumplings, so I reached out to Disney to see if they would share the recipe. They did! 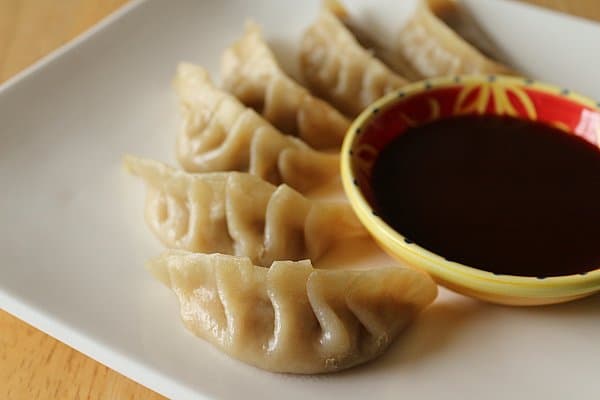 Their recipe had some gaps, however. For one thing, it didn’t include a recipe for the dipping sauce, which is described on the menu as a Chinese red sauce. Reviews have described it as a barbecue style sauce, and so I used my imagination to create the sauce I envisioned. The recipe also originally used store-bought wrappers, and said the filling would be enough for 10 dumplings. 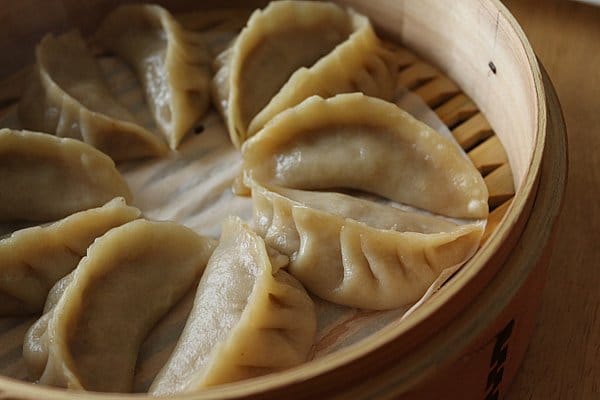 Well let me assure you, this filling was more than enough for 32 dumplings. That’s a much safer number 🙂 I personally love making my dumpling wrappers from scratch and so of course this dumpling adventure was no exception. You can easily substitute store-bought wrappers, but I will totally judge you. Seriously. If I can do it, you can do it. Take pride in your cooking! 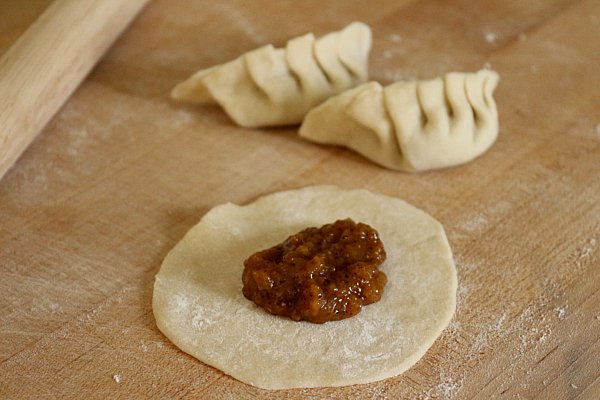 The only other change I’ve made in the recipe below (other than adding a lot more information to the method of prep to alleviate things… and using chicken breast instead of thighs) is to cut down on the amount of black pepper. The original recipe calls for 1 tablespoon. Against my better judgement I followed the original recipe and resulted in deliciously juicy dumplings… that contained way too much black pepper. At first bite it wasn’t that bad, but a few dumplings in you start to feel the burn in the back of your throat. It just gets more and more overwhelming. Totally different burn than you get with hot sauce, trust me. 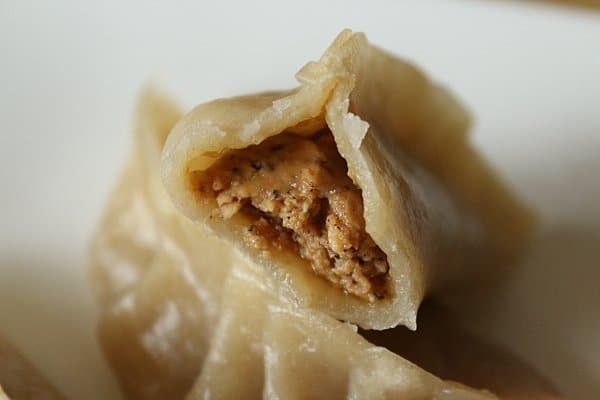 My brother-in-law LOVED the dumplings exactly as they were, black pepper and all, but in the future I would definitely scale back the black pepper by half, and this is the measurement I have included in the recipe below.

Also, to make this a complete meal I included a really simple and delicious side dish of asparagus with soy sauce and sesame. It was easy to prep in advance and was served cold, which saved me a lot of last minute trouble. The asparagus was a cool and refreshing break to the spiciness of the dumplings. A perfect match indeed!

To make the filling: first mince the chicken by pulsing it in a food processor until it’s fine with small chunks but not a puree. Transfer the minced chicken to a large mixing bowl.

Add the remaining filling ingredients to the mixing bowl. Stir in one direction for about 2 minutes or until all ingredients are uniform and liquids are completely absorbed by the meat. Refrigerate the filling until needed.

To make the dipping sauce: Mix together all of the ingredients and set aside until needed.

Place the dumplings into a bamboo steamer lined with a perforated parchment circle or cabbage leaves (to keep the dumplings from sticking to the steamer) steam over boiling water for for 10 to 12 minutes until cooked through. Serve immediately with the dipping sauce. 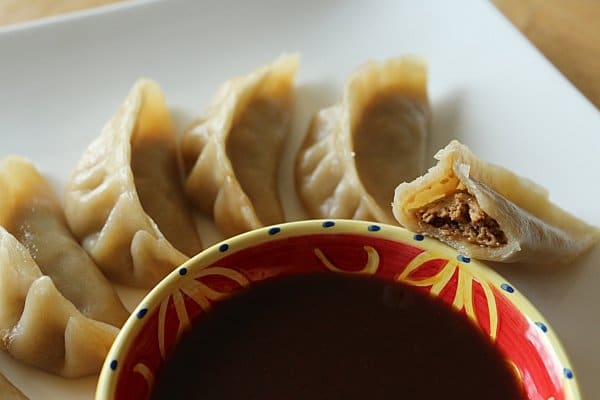 Use your fingers to snap off the woody ends of each asparagus spear. If they are short (around 4 inches long) like the ones I bought, keep them that length. Otherwise, cut them on the diagonal into dramatic 2 inch lengths.

Bring a pot of salted water to a boil over high heat. While the water heats up, ready a large bowl of ice water and set it near the stove. Add all the asparagus to the boiling water and cook for 1 to 2 minutes, until bright green and crisp tender. Eat one to make sure.

Drain in a colander, then immediately transfer to the ice water bath to cool. Drain again, pat the asparagus dry with paper towel or a dishtowel, then set aside in a bowl or plastic zip-top bag. Refrigerate for up to 2 days.

For the dressing, combine the sesame oil, soy sauce and sugar in a bowl, stirring or whisking to dissolve the sugar. Taste and make sure the flavor is balanced between being rich, salty and sweet. About 2 hours before serving, toss the asparagus in the dressing and set aside for the seasonings to penetrate. Right before serving, transfer to a plate and garnish with a shower of sesame seeds.