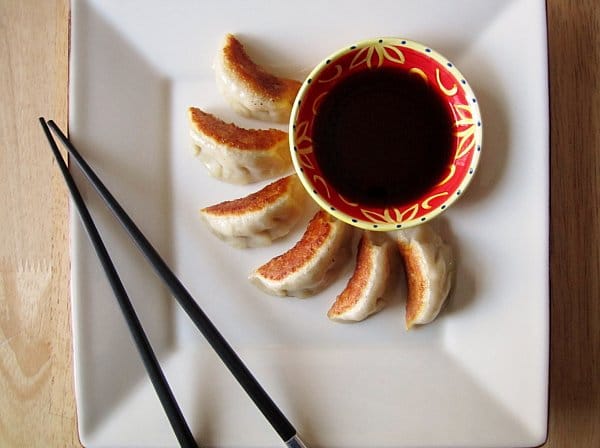 It’s time for another challenge from the Creative Cooking Crew! This month’s theme is Meat and Potatoes. Unlike last month’s Vegan theme, I was actually really excited about this challenge from the start! I originally brainstormed doing a pork stew studded with veggies and served in individual dishes topped with crusty mashed sweet potatoes. It would be perfect for winter. But for whatever reason, I just didn’t feel excited about it. It sounded delicious, but it just seemed so… predictable.

I liked the idea of putting pork and sweet potatoes together. I’ve made a delicious Sweet Potato Pork Pie before and thought it was a great combo! I just needed a different plan. I saw these Creole Potstickers on Creole Contessa’s site and suddenly it hit me. I would make dumplings! I LOVE making dumplings. I’m not sure why it hadn’t even occurred to me before! 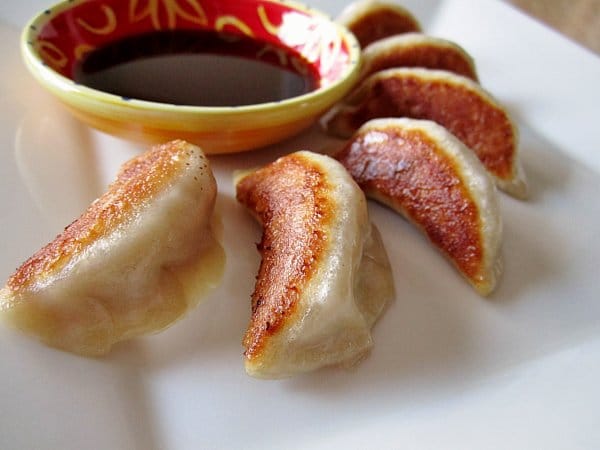 Personally, I find nothing more satisfying than making a dumpling completely from scratch. That includes making the skin. No offense, but when I see people claim they are masterful dumpling makers and then whip out store-bought skins, I am less than convinced of their dumpling skills. There is a world of difference between store-bought dumpling wrappers and homemade ones. A world! 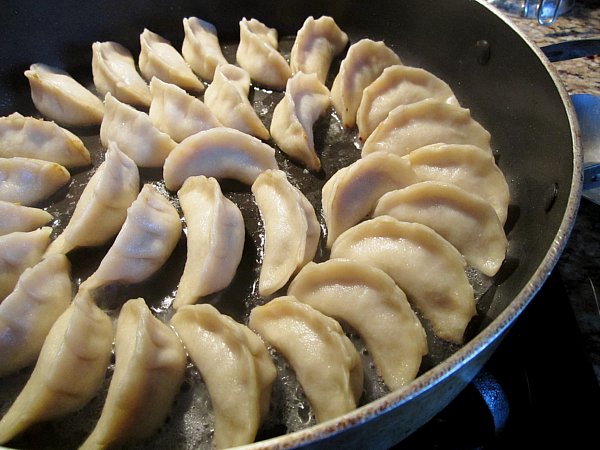 Homemade skins can either be made with a flour dough or a wheat starch dough. The wheat starch dough yields snow white, slightly translucent morsels that are typically steamed. The flour dough results in an opaque dough that can be dyed different colors with vegetables. It can be steamed, boiled, pan-fried, or even deep-fried. Each dough has its benefits. For these particular dumplings, I really wanted to pan-fry them so the flour dough was my obvious choice. 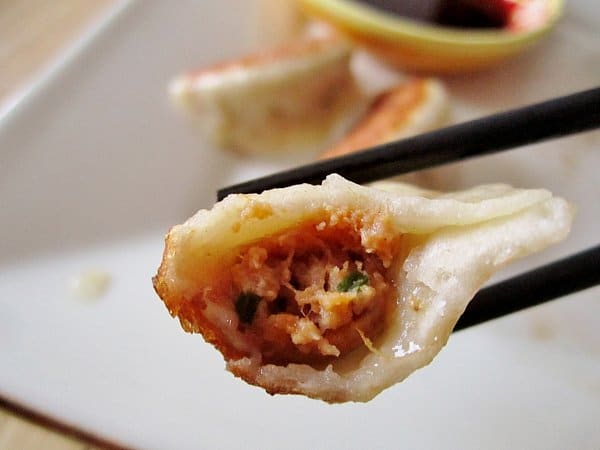 The result of using homemade dough for these dumplings is a combination of chewy and crispy textures that can never be matched otherwise. It provides a wonderful textural contrast to the soft filling. In this case, the filling is heavy on sweet potato flavor. The pork is more muted, but honestly I’m very happy with that. The sweet potato really is the star here, along with some Chinese five spice powder, a mixture of pepper, star anise, cinnamon, fennel, and cloves. It walks the line between savory and sweet and can be used in either application. 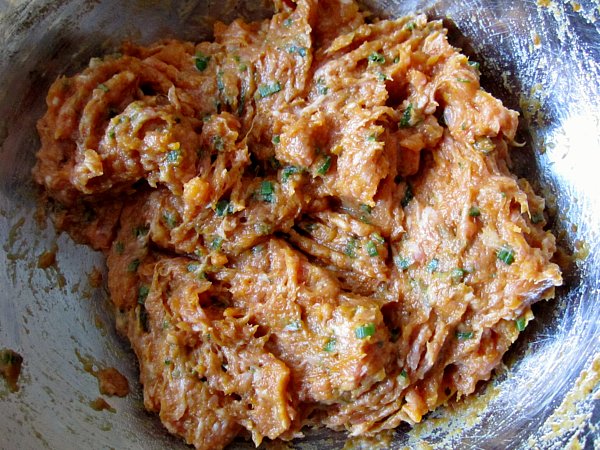 The Chinese five spice adds a great layer of flavor to the filling along with chives, mirin, and soy sauce. The filling is on the sweet side, even though this is technically a savory dumpling. To finish it off, I created a dipping sauce that showcases a perfect balance between salt, acid, and spice. As a result, a mouthful of these dumplings dipped in the sauce is a flavor explosion that hits every part of the tongue. These dumplings, if I may say so myself, are quite extraordinary. 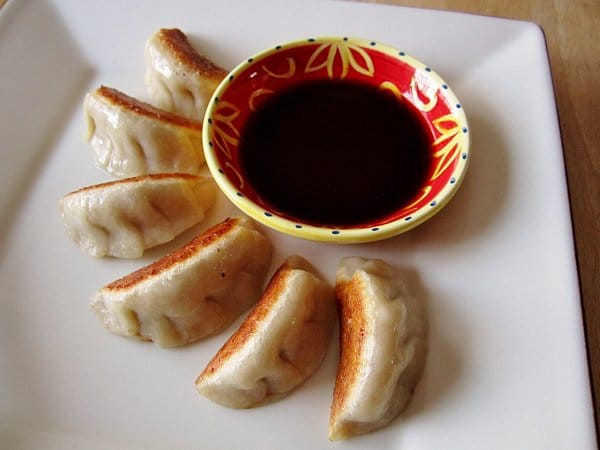 Pan-fried Sweet Potato and Pork Dumplings
Makes 32 dumplings, serving 4 as a main course, or 6 to 8 as a snack or starter
(Dough and Assembly from Asian Dumplings)

Dough:
10 oz (2 cups) unbleached all-purpose flour
About 3/4 cup just-boiled water (boil water, then let it sit for a minute off the heat before measuring)

Canola or peanut oil, for pan-frying

To make the filling: mix together all the ingredients in a bowl and chill until needed.

To make the dipping sauce: combine all the ingredients in a bowl and set aside. The sauce can be prepared several hours in advance.